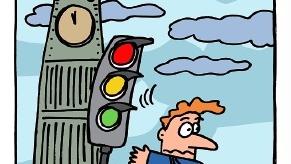 Switching It On and Off Again

When you move abroad, you become a foreigner, one of the most embarrassing things you can be.
I was reminded of this recently when I gave a colleague a lift home, and had to pass through the Beijing neighborhood I lived in when I first arrived. I noticed the little shop I used to go into to buy groceries and how stressful I used to find it.
Getting used to a new country can be an experience of regular humiliation. You don’t know how to do lots of things, you communicate poorly and you might find yourself standing out from the crowd, so your fumbling is clear to everyone – or so you feel, if you’re as self-conscious as I am. I guess some people might find it to be a charming adventure, at least if Instagram and travel writing is to be believed.
This experience was undoubtedly worsened given how little linguistic preparation I did before I stepped on the plane. I mean, I read a book on modern Chinese history, but knowing the principal causes of the Qing Dynasty’s (1644-1911) collapse proved of little help day-to-day.
When I would go to this little shop, (I am fairly sure) the staff would watch with amusement as I would squint at packaging, trying to determine what lay within. I would keep a running tally of how much my choices cost, as I couldn’t understand numbers in Chinese. If I lost count, I would just hand over a bunch of paper cash (this is how you know this story takes place years in the past) and hope the staff would honestly hand me the correct change rather than taking the easy opportunity to pocket some cash.
Often, my pride at a grocery shopping expedition would be deflated entirely by the discovery that the thing I’d bought was not nearly what I had hoped. One of the first Chinese characters I learned was “red bean,” so I would forever avoid the heartbreaking experience of mistaking it for chocolate.
Besides a language barrier reducing you to childlike capabilities, missing out on social conventions provides ripe ground for embarrassment. I was once laughed at for an entire afternoon after called one of the relatives of my ex-girlfriend (current wife) by their actual name instead of their specific kinship title. That anecdote still goes down a storm at family gatherings.
If you put in even the tiniest bit of effort – I mean learning how to count isn’t very hard–the occurrences of humiliation become rarer over the years and you might begin to feel less like a stark outsider and more just like a regular weirdo. Though some people do just choose to insulate themselves to avoid such embarrassments – we’ve all met the long-term expat who gets others to take care of everything for him.
Any halfway decent attempt at adaptation however leads to the potential emergence of a whole new opportunity to feel awkward and out-of-place – the so-called “reverse culture shock.”
I think to a certain extent this has been exaggerated as an experience. After all, you’ll never have the complete lack of understanding of your home country that you might have for a nation across the globe. I can still count in English. But one’s manner of behaving definitely does shift after years abroad.
For instance, my wife has scolded me on our visits to the UK for being overly forceful in public. Apparently I’m too aggressive when leaving subway cars and elevators, or when trying to secure my place in a queue. I’m also way more careful crossing the road than my fellow Brits, putting little faith in the traffic-controlling power of red and yellow lights.
Not to have an argument with my spouse through the medium of a magazine article, but I feel my actions make some kind of sense. Making sure you don’t get trampled over or that no one jumps ahead of you at the shop are basic life skills in Beijing, in my experience, and I’m sure lots of other long-term immigrants also find it hard to switch back.
The result therefore, at least for me, of adapting to a new culture has been acting strangely in two different societies. Though to be fair, I might have had that ability before I became a foreigner.