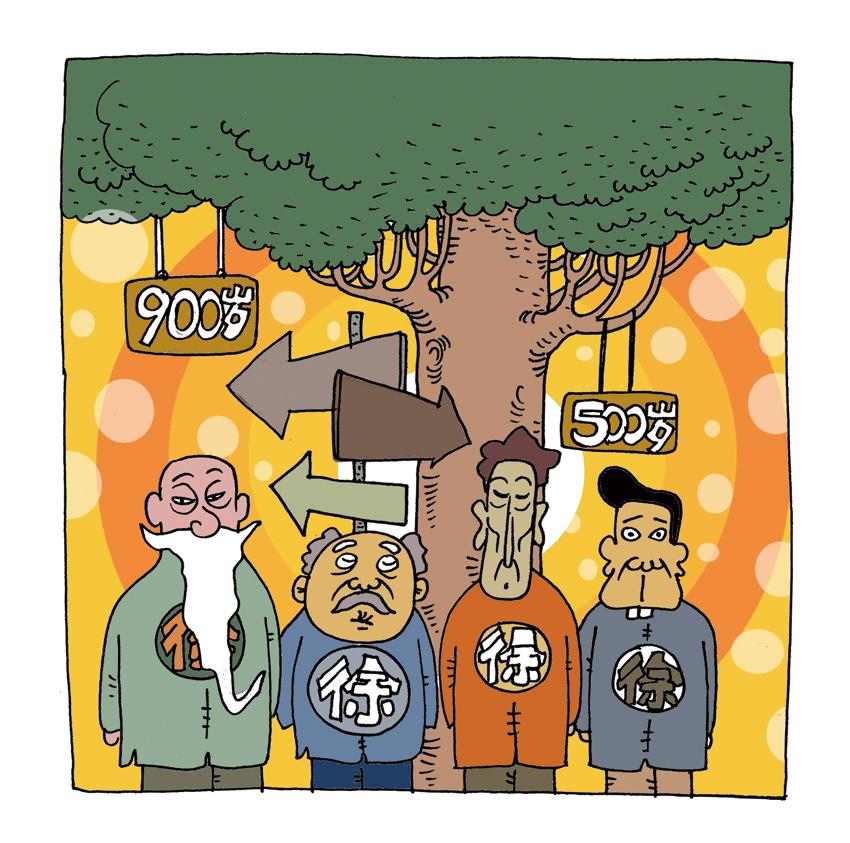 A mission to find one man is complicated by a village full of people who share the same name.

It started like an art film. The bus dropped me off at the roadside a few kilometers from the sleepy town of Dongyang in Zhejiang Province. The sky was dark and the rain was pouring, but I managed to identify the contours of a huddle of buildings in the distance. That had to be where the man I was looking for, Mr Xu, lived.

The purpose of this one-day trip was to visit a man I had befriended on my campus in Hangzhou. My friends and I usually just called this man “Turn Turn,” due to relentless efforts to teach us what he claimed was kungfu, but which mostly involved twisting and turning our arms in all imaginable directions. His real name was Mr Xu, and that was the only information I had to go with when trying to locate him in a village of a thousand people, having been invited to his family home for dinner.

After having walked around for a bit, I came across a man in a dimly lit garage. I trotted over to ask him if he had any knowledge of the whereabouts of Mr Xu, and at the same time to escape the rain for a minute or two. He pointed down the street the way I had come, so I politely thanked him and hesitantly ventured back out into the deluge. A few minutes later, I bumped into another villager and asked him where Mr Xu lived. He pointed up the street. A bit puzzled, I thanked him and headed back again. I kept on walking until my shoes were completely soaked. That was when I came across a third villager who, when asked the same question, pointed me in a third direction. Starting to lose hope, I started scouring random streets and alleys for my quarry. This was how, completely by chance, I bumped into a friend who happened to be taking an evening stroll to the village square. Finally, I breathed a sigh of relief.

Mr Xu’s house was ancient. It was a siheyuan, a traditional courtyard house, and was mostly made of wood. The toilet was literally just a bucket in the corner of the kitchen, all the vegetables we ate were homegrown and the whole family spoke in a completely incomprehensible dialect. I knew for sure that I was deep in the countryside. It was great!

The next morning started with a visit to the neighbor living on the opposite side of the Xus’ courtyard. She was an old woman who was bedridden and could barely speak. Mr Xu, with great pride – as if he himself was to thank – proclaimed that she was well over ninety years old. He then hurried us from her bedside and to a small temple situated on the outskirts of the village. Mr Xu pointed at an old, gnarled tree standing next to the temple and, again with unconcealed pride, boasted that this tree was a thousand years old. When I looked more closely, I noticed a small sign on the tree saying that it was only five hundred years old, so I questioned Mr Xu about it. He responded by laughing off my query as if it was the most foolish thing he had ever heard. He knew how old this tree was. I then thought back to the elderly lady living in his courtyard. Was she also half the age Mr Xu had claimed?

To round off my visit, my host took me to a small lake in a valley a few kilometers from the village. It was a beautiful secluded place with a small cabin renting out fishing equipment and a bunch of elderly locals who were trying their luck int he shallows. Despite the ubiquity of China’s leading staple, I was still rather surprised when presented with a clump of rice to be used as fishing bait. As expected, it didn’t appeal to the local fish, so I leaned back and just enjoyed the sun, the relatively unpolluted air and the sound of the radio from the fishing cabin blasting out Mandopop.

Suddenly I came to think of how strange it was that all the people I had asked about where Mr. Xu lived had pointed me in completely different directions. I proceeded to ask Mr Xu about this.

“Oh, of course they did” he chuckled “this is Xu village, everyone here is called Xu.”