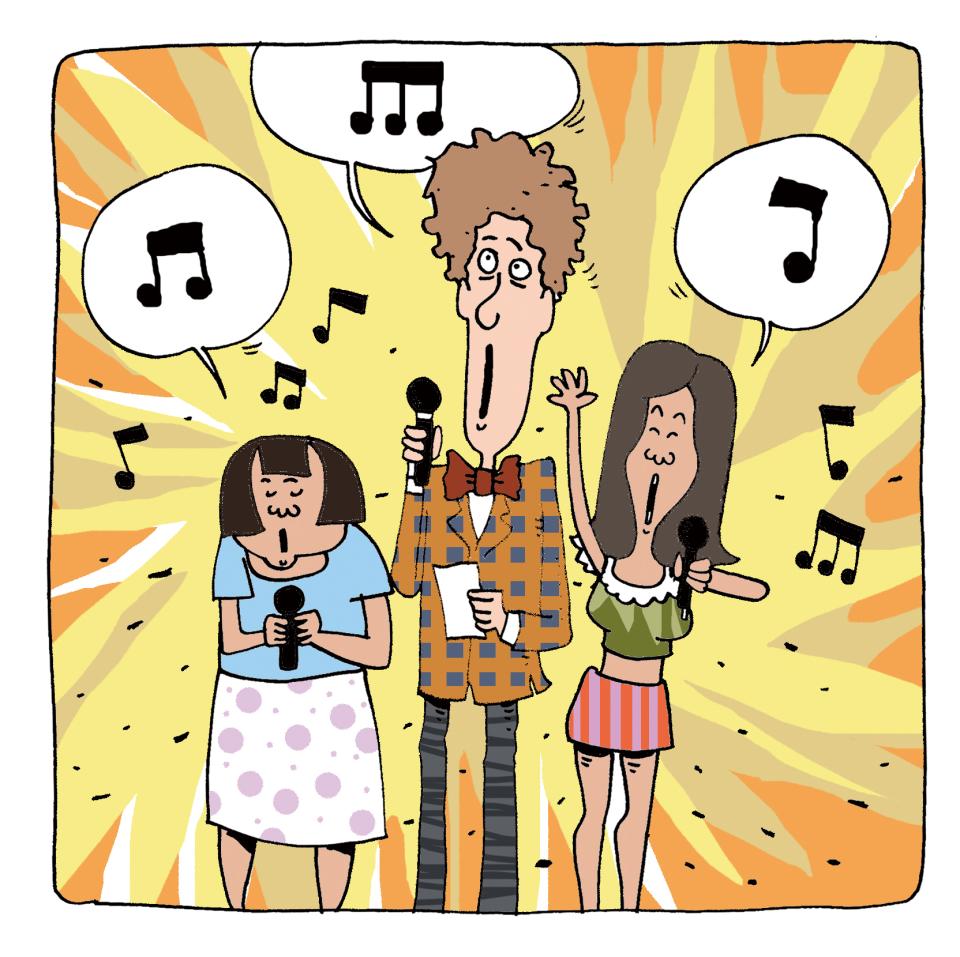 The perfection of Chinese TV galas, it seems, isn't all down to professionalism, as our contributor discovers

In China, anything and everything can happen. After only a few short months in the country, I had already been invited to perform on Liaoning provincial TV as part of the channel’s annual Chinese New Year gala, which, I was told, was in desperate need of more foreigners. On a recommendation from an acquaintance who worked at the station, I had secured my first 15 minutes of fame. Apparently foreigners are hard to come by in Liaoning, since two of the girls who were singing with me had been flown in from South Korea and Japan specifically for the show.
On the day of the dress rehearsal, a taxi had been called to pick me up at 7 AM. As I boarded, still half asleep, I noticed the fare displayed on the meter was rather high, but took this to be a callout fee. It was only later that I learned this was one of those “private” cabs, known as “black cabs” in government warnings, the drivers of which would collect any number of random passengers simultaneously, each one paying a flat fee to get to their destination. As I was his only fare, my driver, incensed at the loss of earnings, insisted on driving round the city in search of additional passengers, even shouting out of the window to people waiting at bus stops. Thwarted by his friendly sales pitch, he then decided to make his journey more worthwhile by making a detour to his local fish market to purchase an evening meal.
Thus, after an utterly unsolicited tour of the city of Dalian, I arrived, horribly late, at the concert hall.
As I prepared myself in the wings, I pored over the lyrics to the song I’d be singing, writ- ten out phonetically in Roman letters, willing the chorus to stick in my head. After a few moments, my South Korean counterpart noticed my desperate floundering over the lines. She reassured me with a startling revelation, promising that as long as “my mouth was making the correct shape,” nobody would know what I was singing. Confused, I opined that surely the mics we were wearing would pick up the sound of me singing complete gobbledegook?
Now it was her turn to look confused. “You know we are just lip syncing, right?” In three weeks of stressful preparation, nobody had told me my vocal talents would not be required for this musical number. Part of me was relieved at the sudden release of pressure, yet another was bitterly disappointed that I was not going to be performing. I had already told my Chinese host family and my friends to tune in to watch me sing. I felt like a fraud. The dress rehearsal which followed, naturally, went smoothly – as one might expect when what might have gone wrong had been taken care of before we arrived that morning. Unless there was a total loss of power during our performance, we’d bring the house down on the night.
The following day – on the threshold of my big moment – I eschewed the private cab; once bitten, twice shy. I arrived on time and positively glowing with confidence. However, an unexpected snag reared up before me – my clothing size. Chinese couturiers are not known for catering to Western proportions. Thus, I found myself being squeezed into a rented, gilt, Disney Princess gown. My bod- ice was so tight I resolved to eat next to nothing at lunch, for fear I’d burst my seams mid- take. By the end of yet another packed day of rehearsals, caked in makeup and squinting from the camera flashes at the obligatory photoshoot, we filed onto stage for our big, show-stopping number.
As the red curtains parted, I had to catch my breath before appreciating the grand scale of the spectacle. The stage before me was pulsing with twirls of color, as countless, lavishly dressed dancers cavorted under the studio lights. Flashes of red and gold – the colors of Chinese New Year – shimmered with each choreographed movement. A rising crescendo of percussion filled the auditorium and I was given my cue.
Despite my disappointment that my dulcet tones were denied to millions of eager viewers, I couldn’t have been more entertained or bowled over by the immenseness of the undertaking I’d gotten involved in. It has to be said that Chinese TV stations really know how to turn it out, and, with limited talent available, a lip sync was certainly a guarantee against having the most important show of the year ruined by the unrefined braying of an untrained chorus line.
What I found harder to explain was why the solo performances by the professional Chinese singers in the lineup were also prerecorded. I guess in a country with such a huge population, the need for perfection in presentation outweighs any artistic quibbles over turning to smoke and mirrors rather than taking a chance on the talent.