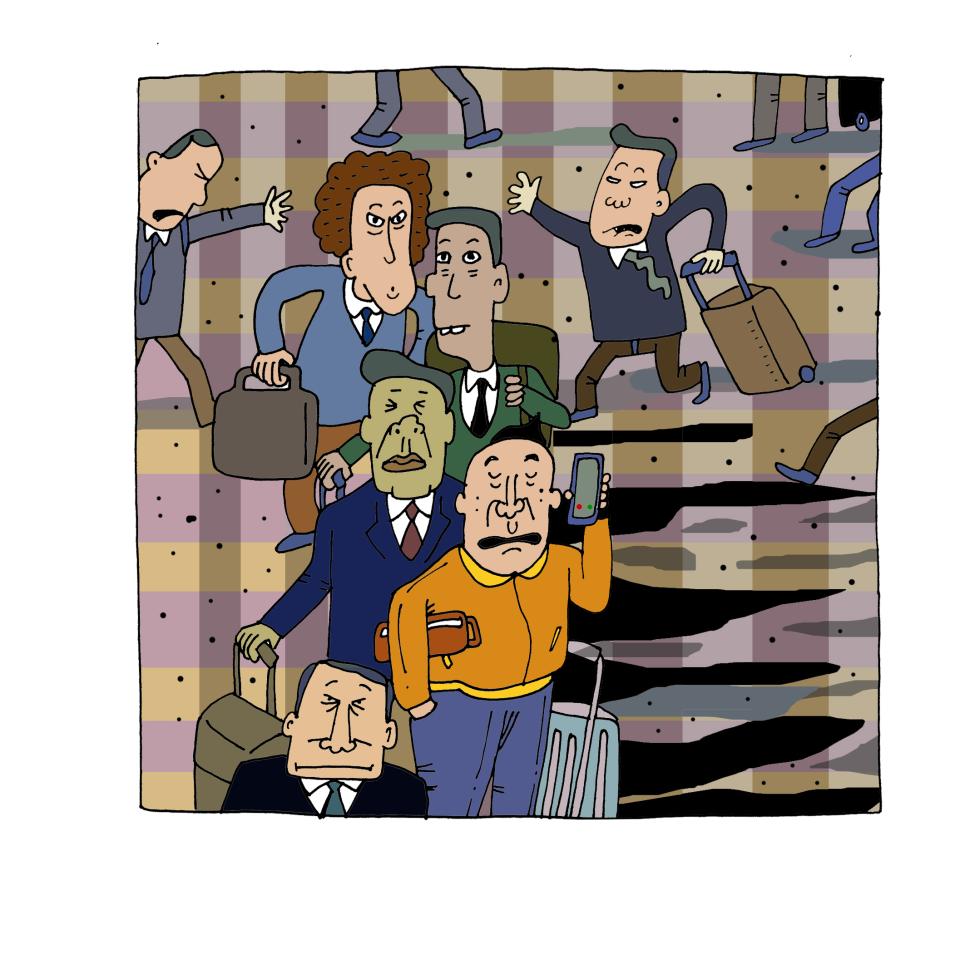 By Madara Rudzite Updated May.4

Upon returning from Bangkok after the Spring Festival holiday, a friend and I sensibly decided to leave our Airbnb host’s home one hour earlier than necessary to get to the airport on time, anticipating Bangkok’s apocalyptic traffic and Google Maps’ unreliability. Surprisingly, however, we arrived early, and had three hours to kill. Looking past overpriced cafes and last-minute souvenir shops, we caught sight of an immense crowd – most of the passengers booked onto our Boeing 777 – already thronging the check-in counter.

Sensing that something was out of the ordinary, we got in line quickly for what ended up being a 55-minute wait to get our boarding passes. 30 minutes and two fights later we realized that there was nothing wrong with the airline’s check-in system, nor was there any reason for an early bird check-in. The issue was cultural. Most of the passengers were Chinese, and we were experiencing full-fledged Chinese queuing in all its glory.

Your first encounter with China’s most spectacular social art form can be terrifying, so to ease you into the experience, here is my patented “ABCs of Chinese queuing.”

A is for “advance advantage.” In a country of over a billion people, if you show up a bit late for something, you might as well have stayed at home. Things on sale disappear immediately – during the last Singles’ Day, China’s Black Friday, the e-commerce giant Alibaba made its first US$1 billion within the first eight minutes. By 10 AM, they were cleared out. Recently, I concocted a plan to acquire a new Xiaomi phone through one of Alibaba’s weekly online flash sales. In the end, my friends gave me credit for at least trying.

B is for “beat ‘em.” Since many people like to queue early, desperately long lines or general heaving masses are a given. Waiting in line is not a time to pull out a novel or indulge in Candy Crush. Line-cutting is endemic, whether you’re in line for a movie or driving in a turn lane, and is pretty shameless. Banks and official institutions, with their numbered ticket systems, are the only safe havens. Otherwise, no trick is too dirty. Pretending your partner is in the front of the line by glancing at an irrelevant text message, then over the heads of those in front while pushing slowly forward, is a common one. Others will simply march on by, as if the line didn’t exist, and if you call them out, they will either stare at you in mock bewilderment, or try to laugh it off. It’s not encouraged in filial China for a 20-something like me to ask a lady old enough to be my grandmother to not cut me so I can weigh my vegetables first – but I have had to learn to do so.

C is for “chaos.” Naturally, not everyone enjoys the Chinese take on the queue, and line-cutting is beginning to become viewed as a social transgression. Arguments pop up, sparked by unceremonious shoving or someone simply looking askance at someone else, and things can quickly get loud and chaotic. If a new ticket window, checkout line or sale item suddenly becomes available, the entire mob transplants itself in one writhing motion, pushing, pulling and shouting in a futile effort to be number one.

I guess that brings us to D – “don’t sweat it.” As with so much in overcrowded China, the best response to the chaos of the queue is to take it in good humor. While in Bangkok, two fights erupted among our fellow passengers, one of which ended with two ladies having to beseech airport officials not to arrest their bellicose partners. In such a situation, what can one do but laugh?