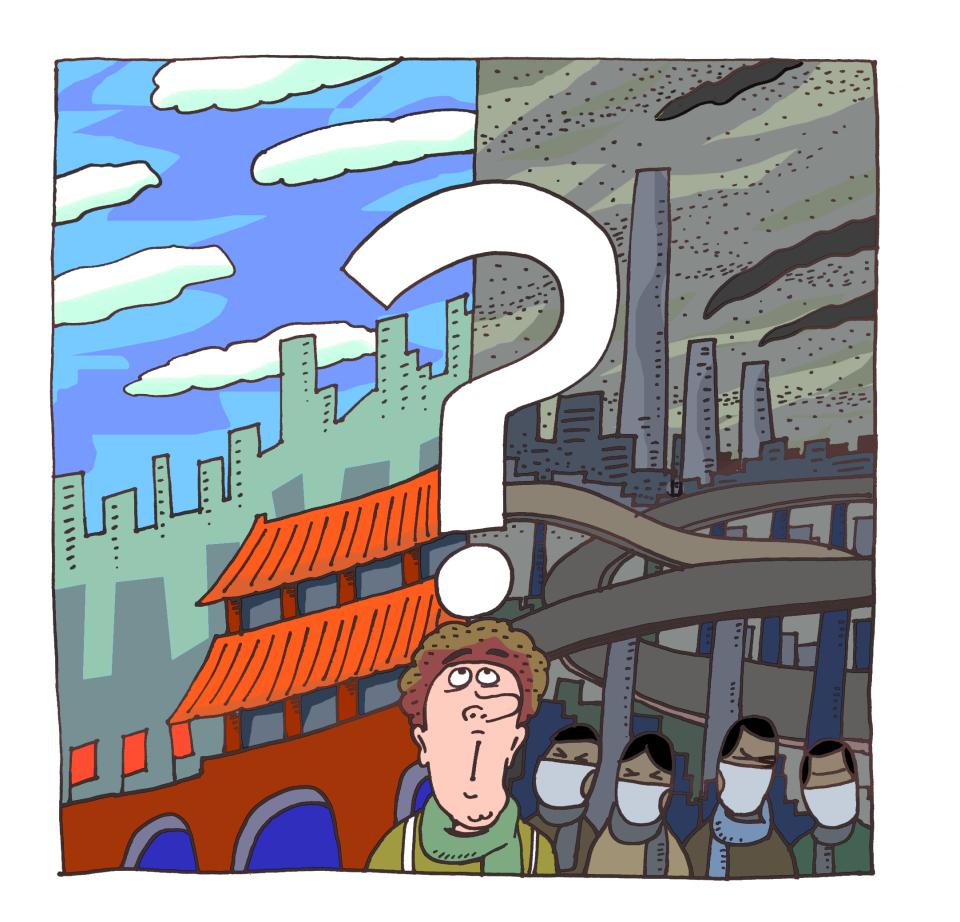 Only in China can the government guarantee your holiday sunshine

By Madara Rudzite Updated May.17

“It will be horrible.” “Why would you even consider it?” “You only have a week off this semester, why spoil it with crowds of millions of people?” “Just the thought of the smog makes me suffocate!”

Such were the encouraging words of my friends when I told them of my plans to go to Beijing for October's National Day vacation. I knew what I was signing up for – a week in the city that infamously went “off the charts” in 2013 when the air quality index (AQI) rose above 500, the maximum measurable level on a scale developed by the US Environmental Protection Agency, surely only made more interesting by the chaos that millions of visitors to Beijing create during what is also known as Golden Week.

I thought I was ready and had mentally prepared myself, but what I saw in Tiananmen Square on the morning of October 1 took me by surprise: the city that had experienced pouring rain just the day before was shining beneath a bright blue sky. I simply could not believe it. I had expected at least moderate smog – the factories had been closed for the vacation and thus, ever the optimist, I’d not bought a face mask. But this was just too much.

Surprising weather changes had happened before. It was equally sunny in the capital over the Mid-Autumn Festival a few weeks before, but weather changes, right? There was nothing surprising about a sunny weekend in between two rainy weeks, if anything, it was simply a coincidence I could only be thankful for. But now, looking at a sky blue enough to hurt my eyes, I began to ponder if this “good fortune” wasn’t merely an artificial atmospheric cloud shielding Beijing from the real weather. A friend made a joke that the government must have control over the weather. Wait. Was that even a joke?

Turns out it wasn’t.

Apart from closing factories and limiting vehicle movement in cities, the Chinese government has also practiced a high-tech version of the rain dance for many years. The grand opening of the Beijing 2008 Olympic Games? Boom! A photogenic blue sky. Severe drought in the wheat-producing north? Boom! Rainy days. The 66th anniversary of the People’s Republic of China? Boom! Three days of perfectly blue sky. This is achieved by using jets to disperse clouds, and then firing silver iodide rockets into them to “seed” them. There’s an official department in charge of this – the Beijing Weather Modification Office – that, among other things, employs farmers from nearby areas to fire the rockets at the clouds. It’s in their interest, too, after all.

What surprised me the most was that the Chinese friends I incredulously asked about this would just look at me and laugh. “What do you mean it is strange? It is nice to have nice weather during holidays, and our government tries hard to ensure that.” I have a suspicion that officials are quite pleased at being seen as having dominion over the weather. Just as emperors used the Altar of Prayer for Good Harvests to ask politely for a grain surplus, so the modern State has managed to effect a far more tangible influence over forces once entirely left to the auspices of nature. To a Westerner, it’s almost overwhelming.

And yet, there we all were, enjoying our vacation in the sunshine. Contrary to the warnings I had been given by friends, Beijing was pleasant, bright and warm, and the people weren’t shy about expressing thanks to their leaders. Maybe that is what National Day is all about – uniting China’s present with her past, fusing the mythical and the real, conjuring a dreamlike, perfect holiday to take everyone’s minds off the workaday smog. But holidays end. That Sunday, when the vacation was officially over, I once again detected a smoky tang in the air, and my throat did not approve. By Monday it was business as usual, and the sun was nothing but a boiling orange ball sinking into gray-brown dust. I could not see anything beyond 50 meters, and the smog seemed more like a fog, a dynamic cloud that you could clearly see rolling back into the city.

Goodbye, Beijing. Until your next vacation!