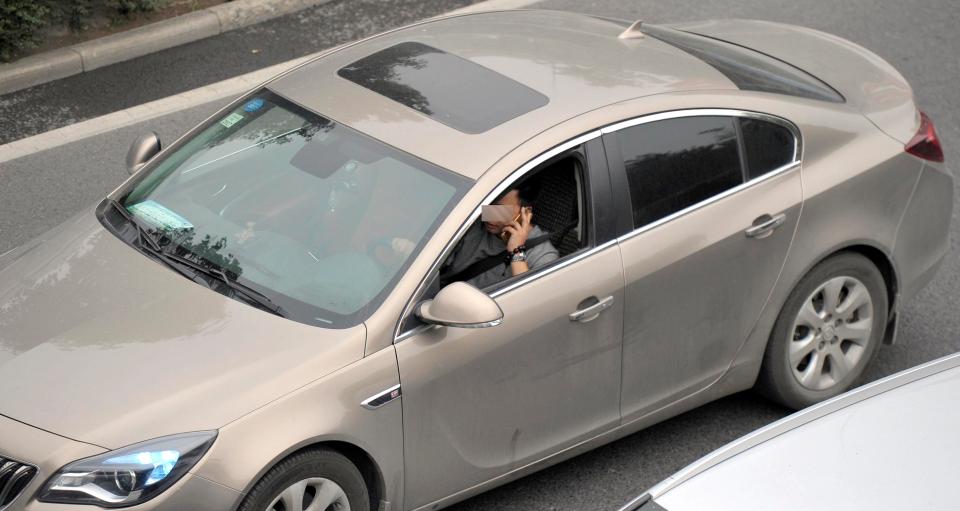 There are renewed calls from the public and politicians alike to strengthen the law and penalties around using mobile phones while driving, a serious problem across China.
Ye Chengwei, a Zhejiang member of the Chinese People’s Political Consultative Conference (CPPCC, a political advisory body) submitted new suggestions on laws against using mobile phones while driving, at the fifth session of the Zhejiang CPPCC that began on January 14th.
Ye told The Paper, a Shanghai-based news site, that drivers have got into the habit of checking their cellphones when waiting at red lights or in traffic jams and even when driving on the freeway, which easily leads to traffic accidents.
Article 62 of the China Road Traffic Safety Law states that drivers must not make or receive calls, watch TV or do anything else that interferes with safe driving. If they are caught breaking these laws, drivers are fined between 20 and 200 yuan (US$3 to $30) and be given two penalty points.
Ye emphasized that this regulation is not strict enough, and drivers who use their cellphones while driving should be prosecuted in the same way as those jumping red lights or drunk driving.
This is not the first time such proposals have been put forward. Last year, deputies to the National People's Congress proposed penalties with criminal liability for distracted drivers, and netizens largely approved the notion. Yet, some online voices argued that it is hard to obtain evidence of drivers using their phones.
Ye suggested that traffic authorities should supervise the traffic network and capture traffic and drivers with high definition cameras.