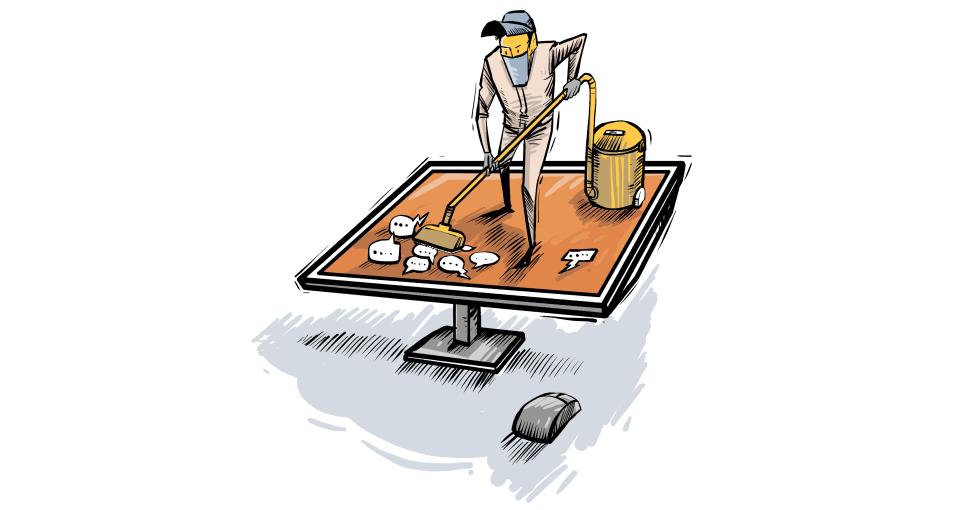 Many new words and terms appear each year, but linguists are concerned about the impact of Internet slang

The recent announcement of the hottest new Chinese phrases for 2016 has sparked debate. The Commercial Press, the People’s Daily Online and the National Language Resources Monitoring and Research Center recently announced the results, prompting Wang Meng, a well-known author and former director of the Ministry of Culture, to speak out. He was especially disgusted by some words like “little fresh meat” (a Chinese term for heartthrob), and his speech triggered discussion on whether or not Internet buzz words can develop the Chinese language.
Supporters said these new words and terms reflect the diverse social culture of a rapidly changing China and some of the slang and phrases reflect an optimistic attitude and cultural confidence, like “primordial powers” (hong huang zhi li 洪荒之力), made famous by the offbeat Olympic swimmer Fu Yuanhui.
Wang Xuming, director of the Language and Culture Press, also noted that netizens are sensitive to social change, and the buzzwords they create each year could enrich China’s language.
But many linguists stated that Internet slang and phrases lack standards, such as speaking Chinese peppered with English words. For example the phrase “Awesome, my brother” ("li hai le, word ge" , as "word" sounds like the Chinese "wode" meaning "my") spread online this year. Linguists also criticized some vulgar terms that could affect the original and even traditional Chinese.
“Language formed without rigorous and logical norms is not good for the inheritance and dissemination of the Chinese language and culture,” commented Zhang Hua, a professor at Beijing Language and Culture University, responding to the fact that buzzwords are highly influential on campus, which can interfere with Chinese language education for students from home and abroad.
Language changes and the use of new expressions should be taken seriously, said Zhu Huaxin, secretary of the Public Opinions Department at People’s Daily Online. www.zgnt.net, a Jiangsu-based news site, and the Shanghai news site The Paper also reported that Internet buzzwords should be carefully selected and used with reason.
Language innovation could be neutral and not vulgar, and Wang Junchao, a professor at Tsinghua University, along with other commentators and linguists, said traditional media should take the responsibility for having the final say on buzz phrases, in case traditional language culture is contaminated and distorted.