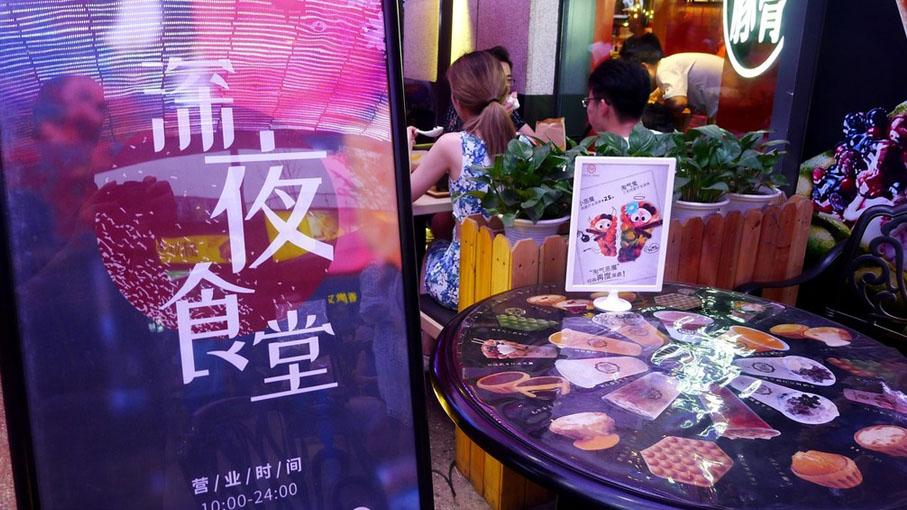 The government has released 20 policies aimed at stimulating consumption, with a focus on developing a 24-hour economy

The Chinese central government proposed 20 policies to stimulate consumption, and one of the policies plans to create a 24-hour market via developing night catering, prolonging business hours and motivating convenience stores.
Issued by the General Office of the State Council on August 27, the guidance on accelerating the development of commercial consumption stipulated 20 policies about stabilizing consumption expectation and enhancing consumption confidence.
The guidance proposed many key words about developing the 24-hour nighttime economy, wrote Bian Ji, a commentator in The Beijing News.
The first key word is about opening-up the market. Bian wrote that the State is ready to create a market that does not have time or space limitations, and this key word is not only for the first-tier cities, such as Beijing and Shanghai; instead, small cities are also encouraged to develop a nighttime economy.
The second key word is convenience. This means, Bian said, that there should be more chain convenience stores around the city. As many mom-and-pop stores were shut down by local governments due to food safety problems, joining chain stores can be a good option for them to return to business.
Meanwhile, how to dig out the potential consumption power among Generation Z, who were born in the 1990s and 2000s, is critical as well, Bian added.