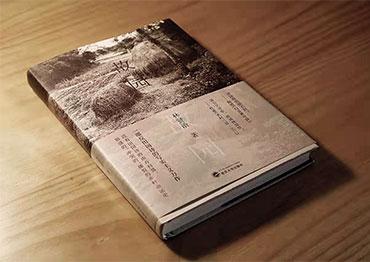 Lament for the Countryside

In his latest essay collection Hometown, non-fiction writer, literary critic and editor Lin Xianzhi examines the decline of rural China through the fates of people in a small southern village

Anyone who gets in touch with Lin Xianzhi directly will be impressed by his mild demeanor and considerate attitude. The 73-year-old writer responds right away to any questions with extraordinary patience.
An eminent literary critic, editor and non-fiction writer, Lin has followed a regular work schedule for decades. He writes from afternoon well into the early hours, but doesn’t recommend it, and often reminds others to “eat and rest,” including the reporter.
Perhaps that is because he has witnessed so much unrest. In the 1960s, Lin was deprived of access to higher education for having “ideological problems” and returned to his village to farm. During the Cultural Revolution (1966-1976), he was a regular target of public criticism and struggle sessions due to his “problematic family background.”
After China’s reform and opening-up which began in 1978, Lin began his 40-year career as a literary critic, editor and “an un-free freelancer” – a reference to limitations on his work based on his political status. He focused on two groups: peasants and intellectuals.
Published in October 2020, Lin’s latest book Hometown consists of 22 essays including “The Road to My Mother,” which won the Best Non-fiction Work at the 7th Hua Cheng Literary Awards in 2019. Lin describes Hometown as an “anti-pastoral elegy” to both his home village and rural China.
“There lived three generations of villagers whose fates were intertwined over seven decades in a village in southern China. There were no idyllic pastoral songs to be sung there. One may still find the wilderness, grassy roads, groves and woods and farmers working the fields, which seemingly constitute a peaceful pre-industrial rural landscape painting. But beneath it all is the entire history of Chinese rural history like a muddy torrent full of uproarious, conflicting and unexpected waves,” Lin wrote in the foreword.
Through sympathetic but realistic portrayals of his family and fellow villagers, the writer examines the vicissitudes of rural people amid tumultuous social change. “All of their lives were embedded in the details of the history of Chinese rural society,” Lin told NewsChina.
Hard Times
Lin Xianzhi was born in 1948 in a small village in Yangjiang County, South China’s Guangdong Province. Lin’s mother, the daughter of a local bandit, was sent to his father’s family as a child bride at the age of 9 and was married at 15. She had many children, but only Lin and two sisters survived to adulthood.
Lin’s father, a village doctor who ran a traditional private school, taught him to read and write at a young age. His father, who, in Lin’s words, “was insensitive to the political climate,” later sent him to study the Chinese classics with Xie Shaozhen, a liberal intellectual who was persecuted as a “rightist” during the Anti-Rightist Campaign, a political purge of intellectuals and educated people in the late 1950s.
In high school, Lin met another “rightist” teacher, Liang Yongxi, who would have a profound influence on him. Liang taught his students to read extensively and think critically. During class, Liang would often deviate from the standard Marxism curriculum. Lin kept in close contact with Liang, who encouraged him to write. However, a classmate reported Lin for being too close to Liang, who was teaching “wrong ideas” and accused him of writing articles with “anti-revolutionary thoughts.” Lin was one of the few high school students interrogated by the authorities. He had to hand in written confessions on a regular basis.
“Someone from the interrogation team said, ‘you’re lucky that you’re under 18. If you were over 18, you would already be in prison for your wrong thoughts,’” Lin said.
Lin graduated from high school in 1965, but was unable to get into university due to his “ideological problems.” He had no choice but to return home. It was the year before the Cultural Revolution, but the village was already wrapped in the increasingly tense atmosphere of the impending political movement.
After the Cultural Revolution began, Lin suffered severe criticism. Other villagers denounced him for his “ideological problems.” His family status, which was categorized as “upper-middle peasant class,” made him a target for struggle sessions.
His persecution waned a bit toward the end of the Cultural Revolution as Lin learned traditional Chinese medicine remedies from his father. The commune leadership eventually asked Lin to replace his aging father as the village doctor. While Lin did not want a career in medicine, the job protected him from further persecution.
While working in his village’s small clinic, Lin wrote a novel, a long poem and 11 essays in secret. He hid the manuscripts in a crack in his desk.
In 1981, Lin started work as an editor at a Guangzhou-based publishing house, beginning his four-decade career as a literary editor.
The 1980s were a golden period for Chinese intellectuals, writers and artists. Waves of academic works of political science, sociology and liberal arts, as well as modernist and avant-garde literature, arrived in the Chinese mainland.
Lin devoured Western classics, particularly Karl Marx’s The Eighteenth Brumaire of Louis Bonaparte, Alexis de Tocqueville’s The Old Regime and the Revolution, Heinrich Heine’s political commentaries, and essays from Frederick Nietzsche and Walter Benjamin. “They were real free thinkers because they were always true to their own thoughts,” Lin said.

The cover of Hometown

Anti-Pastoral Elegy
Lin left his home village for Guangzhou 40 years ago. In his book Hometown, the writer does not cater to urban tastes with idealized idyllic portrayals of rural China. On the back cover, he quotes British writer John Berger: “As soon as one accepts that peasants are a class of survivors… any idealization of their way of life becomes impossible.”
“Rural life is always violently changing over time. You can’t find peace and quiet there. There’s no such thing,” Lin told NewsChina.
Lin was sober to the gradual disintegration of China’s traditional rural society and values along with the rapid urbanization and economic development. The tumultuous political movements in the 1950s and 1960s had deconstructed the traditional lineage-based societies of rural China. In the four decades since reform and openingup, interpersonal relationships were increasingly replaced by money, further dissolving traditional rural values.
In Hometown, Lin narrates the lives of those from his home village: his mother, father, sisters, teachers, classmates and fellow villagers, realistically depicting the tumultuous changes in rural society from the land reforms of the 1950s to today.
In “Zong Yuan,” Lin depicts a sensitive, educated young man named Zong Yuan. The only high school graduate in his village, Zong had high self-esteem and an unyielding character. He becomes a school teacher but often argues with his superiors. He eventually loses what was a secure job and is forced to return to the village. After his wife dies of cancer, Zong kills himself by ingesting pesticide.
The award-winning essay “The Road to My Mother” illustrates how the lives of ordinary people can be crushed amid political movements. Ah Rang was a simple and kind goose farmer from a relatively wealthy family. In the 1950s, villagers misconstrued some of Ah Rang’s casual comments for disapproval of the collective farming movement. The unrelenting severe criticism and struggle sessions that follow eventually drive him to commit suicide.
Compared to many male authors, Lin’s writing exhibits a notable sensitivity and empathy for women’s issues, particularly those of rural women. His liberal-minded father treated his mother as an equal and there were more women than men in his family, factors which may have helped enlighten him. He also witnessed many tragedies involving women in what was a highly patriarchal society, further raising his awareness of the desperate situations of rural women.
In “The Singer,” Lin writes about Mei Fen, a woman who lived on his alley. Mei is a naturally talented singer with a sweet voice. But living in their village means her family and friends would never support her dreams. In the end, Mei Fen wastes her gift and becomes a roadside fruit seller.
“Rural women spend all of their time doing housework and taking care of children. Their lives have been tragically consumed. But I knew some women who were abandoned by their husbands’ family because they became sick or some other reason. They chose to commit suicide,” Lin told NewsChina.
Writing about China’s rural society became Lin’s lifelong mission. He plans to read more than 100 books on rural issues in China to prepare for a new writing project about the countryside.
Intellectual Consciousness
Lin’s own writing, research and editing follow in the footsteps of his literary idol Lu Xun (1881-1936), widely considered the greatest author of 20th century Chinese literature. Two of Lu’s classic short story collections, Call to Arms (1922) and Hesitation (1926), influenced Lin’s writing, as they involve the fates of the peasant class and intellectuals.
Lin has closely observed intellectuals in modern and contemporary Chinese history: they were “united, utilized and spiritually reformed” in the early years of the People’s Republic of China since 1949, and severely suppressed during the Anti-Rightist Movement and the Cultural Revolution. They enjoyed spiritual freedom and emancipation in the 1980s before they were increasingly impacted – if not corrupted – by the pervasive power of commercialization since the 1990s.
“I have always believed that being independent and critical should be a trait that all intellectuals should maintain, no matter what,” Lin said, adding that an intellectual should always stand on the side of ordinary people.
Several years back, the writer blogged often and loved to read comments and feedback. He asked his family to print out the comments once every two weeks for him to read.
Once, Lin received a 400,000-word submission on his message board. It was a memoir. Initially Lin did not pay it much attention, thinking the anonymous post would not be of good quality. But he was wrong: it was gripping, and Lin flew through it.
Lin discovered that the author was a rural woman who ran a village grocery store in East China’s Jiangsu Province. Though the woman never received formal training, Lin found her writing refreshingly honest and sincere.
Lin said it was a turning point. He always had seen himself as someone who empathized with ordinary people and stood with them. But his initial reluctance to read the story had come from a sense of superiority. To redeem himself, the writer spent an entire month editing the woman’s manuscript for publication.
Today, Lin still maintains his simple daily routine: He gets up at 11am, goes to the office to edit from 4pm to 7pm, and after returning home, he reads and writes until 3am.
He still misses his hometown and his days as a farmer. For him, tilling the soil, instead of working in the office, gave him the true feeling of “getting back to living.” 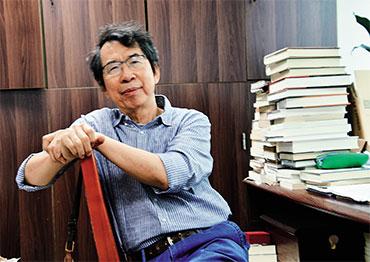 Lament for the Countryside 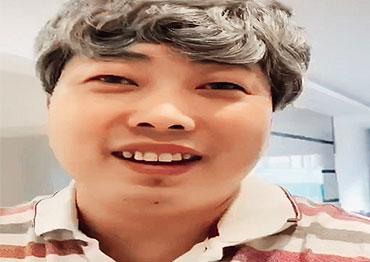