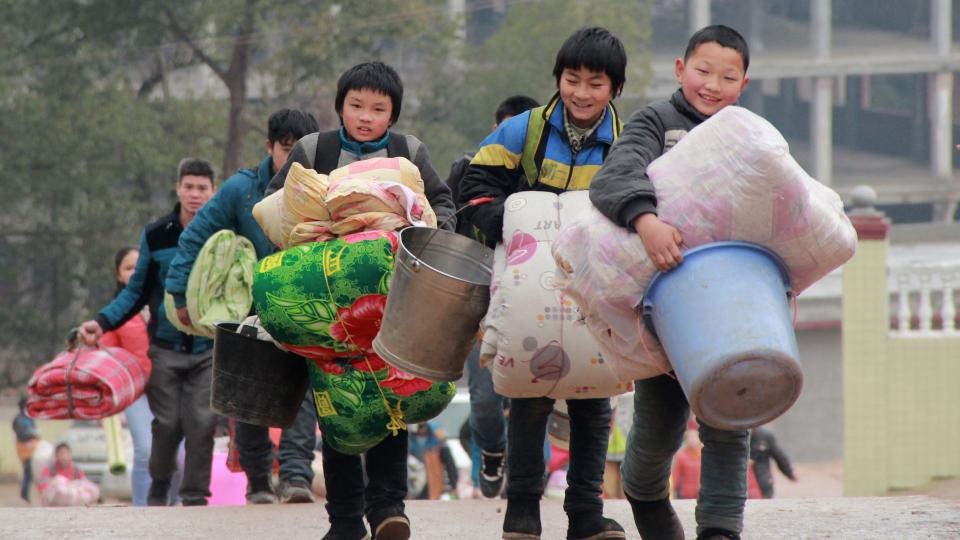 The existing social care system does not consider the emotional state of children abandoned by their migrant parents.

By Li Jia Updated May.19

For tens of millions of rural children enrolled in boarding schools, the existing social care system focusing on providing "parental love and discipline" is inadequate, according to the findings of Li Tao, executive editor-in-chief of the journal China Education Review.
In his article published in the China Youth Daily on May 9, Li said left-behind children in compulsory education at boarding schools feel much more attached to their peers than to their absentee parents working in urban areas. These schools, he continued, impose many disciplinary measures to keep these children physically safe, but pay little attention to their emotional wellbeing. Li used his article to urge the government and society to consider what these children "really want and need" before presuming to provide care.
According China’s Education Ministry, more than 20 million left-behind children nationwide were enrolled in compulsory education in 2014. An earlier Ministry survey showed more than half of rural education in less-developed mid-western areas of the country was provided by boarding schools. In recent years, tragic cases involving left-behind children, including deaths in school bus crashes and from neglect, as well as sexual abuse, have repeatedly made headlines. If unresolved, the problems of left-behind children will become the problems of the whole of society when they grow up to supplant their parents as China's principal growth engine.