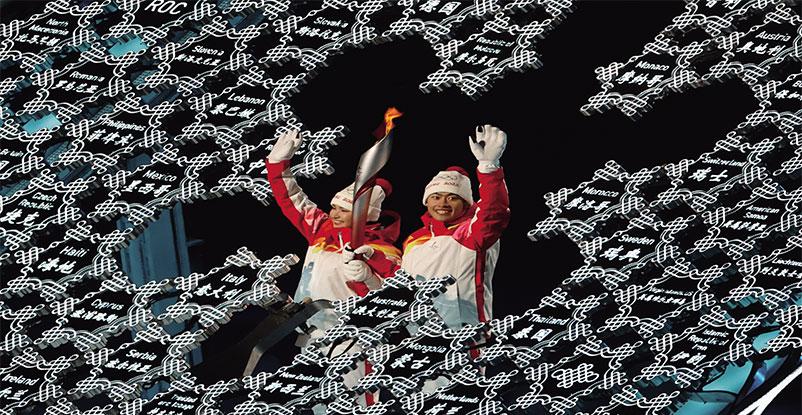 From the Beijing 2008 Summer Olympics to the 2022 Winter Games, the Olympics return to a different and more assured China 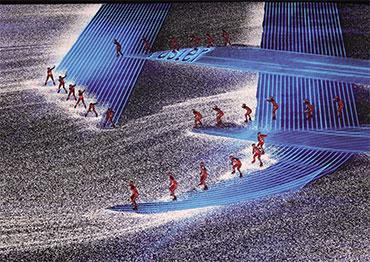 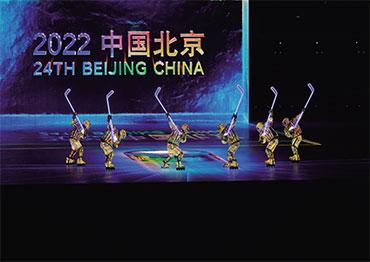 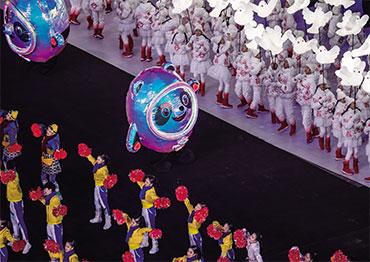 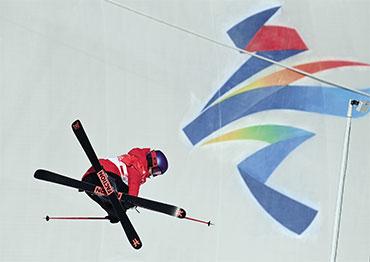 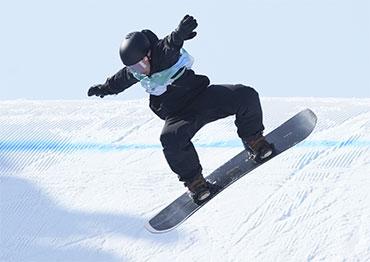 Unexpected Stars
Just like the new generation of Chinese athletes, the new generation of Chinese spectators are also more relaxed, ready to enjoy all the fun and excitement the Games offers regardless of the medal tally, which gave rise to two unexpected stars of the Games.
One is Wang Meng, a four-time Olympic champion and former head coach of China’s national short-track speed skating team. But in this Games, her popularity came not from her prowess as an athlete, but from her turn as a witty, humorous and passionate commentator.
With her strong northeastern accent, shared by many of China’s winter sports athletes, Wang, now 36, can barely sit still as she commentates on events, which have been extensively streamed online. Calling Chinese athletes by their nicknames and talking assertively about her observations, Wang is nothing like traditional Chinese sports commentators and China’s netizens could not get enough.
On Sina Weibo, the hashtag “Wang Meng the commentator” was viewed more than 2.66 billion times by February 16, making her arguably even more popular than Gu Ailing Eileen and Su Yiming.
The other unexpected star is Bing Dwen Dwen, the official mascot of the Games,
commonly known as “ice chubster.” Featuring a playful panda, the same as the Beijing 2008 Summer Games and other sports events, the design was at first considered by many to be a cliché.
But as the Games hit its stride, people couldn’t help falling for the charm of a chubby panda, and the mascot quickly became a must-have for Olympic participants and fans. It became so sought-after that there was a serious supply shortage, as many lined up for hours in cold weather to get their hands on one.
According to Cao Xue, head of the mascot’s design team, the popularity of Bing Dwen Dwen may lie in the rising confidence in domestic brands and domestic designs among Chinese consumers. But Cao said that to create a design that can transcend national boundaries and languages goes far beyond combining a cute panda and Chinese elements.
Liu Pingyun, a co-designer of the mascot told NewsChina that the design has an ice shell, which was originally inspired by a traditional Beijing winter snack of hawthorns with a hard sugary glaze and sold on a stick, known as bingtang hulu. At the same time, the ice shell also represents winter sports, and provides a feeling of technology with the look of a space mask.
Liu believes that the secret to the unexpected popularity of Bing Dwen Dwen lies in the delicate messages the design conveys, with a paradox of being both cold and warm simultaneously, hard and soft, yin and yang. “The ice shell looks cold at first glance, but inside, there is warmth, representing harmony and peace, two values cherished by Chinese people.”
China-West Interaction
For some Western analysts, all the changes, big or small, are nothing but a show that is carefully orchestrated by Chinese authorities behind the scenes. But the truth is the transformation in both the image of Chinese athletes and the mood among China’s general public toward the Olympics is deeply rooted in a new reality in Chinese society.
If China’s primary concern was to gain recognition and acceptance from the West in 2008, when China’s economy accounted for 7 percent of the world’s total, the country has become more confident and comfortable with itself, when the share of its economy has more than doubled to reach 17.4 percent in 2020.
It is also notable that much of China’s newly gained confidence came from the past couple of years, when China not only withstood a relentless trade and technological war launched by the US, which now identifies China as its top strategic rival, but has handled the global pandemic more effectively than most Western countries in terms of both total and per capita fatality rates.
Taking place when geopolitical tensions between China and the US-led West are on the rise, the 2022 Winter Olympics, which revealed a new mentality among the Chinese people on how they view themselves and the rest of the world, will inevitably have a spillover effect beyond the realm of sports to affect the overall interaction between China and the West in the future.