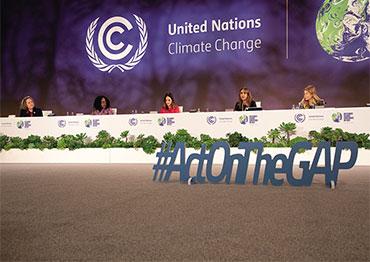 China’s State Council Information Office released a white paper on China’s policies and actions against climate change on October 27, which says that China continues to advance its green and lowcarbon development.

China’s State Council Information Office released a white paper on China’s policies and actions against climate change on October 27, which says that China continues to advance its green and lowcarbon development.
Chinese President Xi Jinping announced in a virtual speech at the General Debate of the 75th Session of the United Nations (UN) General Assembly on September 22, 2020 that China plans to peak carbon emissions by 2030 and realize carbon neutrality by 2060.
China has been making efforts to fulfil the promise, says the white paper. Days before the white paper was published, China’s State Council issued an action plan on reaching peak carbon and a guidance document on realizing carbon neutrality, proposing to increase China’s ratio of non-fossil energy to 20 percent by 2025 and 25 percent by 2030 by promoting green and clean energy.
China has made the emission cut level an indicator to measure economic development since the 12th Five-Year Plan (2011-2015). In the 14th Five-Year Plan (2021-2025), China pledged to cut the carbon emission against per unit of GDP by 18 percent by 2025 compared to that in 2020.
Data from the white paper showed that China’s carbon emissions in 2020 dropped by 18.8 percent compared to 2015 and by 48.4 percent compared to 2005, higher than the government had pledged to the international community. Meanwhile, the non-fossil energy ratio against total energy consumption rose to 15.9 percent in 2020, 8.5 percent higher than in 2005. From 2011 to 2020, China’s energy consumption per unit GDP cumulatively dropped by 28.7 percent.
The white paper is of special significance coming just ahead of the start of the 26th UN Climate Change Conference (COP26) in Glasgow, UK, which ended on November 12. It is the biggest climate change conference since the Paris Agreement on climate change signed by 178 UN members in 2016, came into the implementation phase.
According to an interim report on global climate change published by the World Meteorological Organization during COP26, global average temperatures from January to September 2021 rose by 1.09 C compared to between 1850 and 1900. According to the Emission Gap Report 2021 released by the United Nations Environment Program (UNEP) on October 26, based on each country’s present emission cut measures, global average temperate will rise by 2.7 C by the end of this century, much higher than the 1.5-2 C objective set in the Paris Agreement.
A major purpose of the climate change conference is to urge each country to take concrete actions and create win-win cooperation in climate change. On November 10, China and the US issued the Joint Glasgow Declaration on Enhancing Climate Action in the 2020s, pledging to “continue working together and with all parties to strengthen the implementation of the Paris Agreement” based on the principle of “common but differentiated responsibilities and respective capabilities as well as taking into account national conditions,” the Xinhua News Agency reported. The two big economies also agreed to establish a joint working group to promote bilateral and multilateral cooperation in climate change. 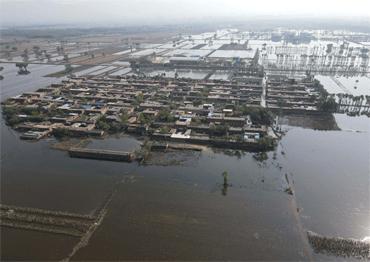 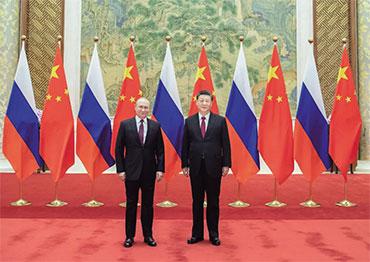