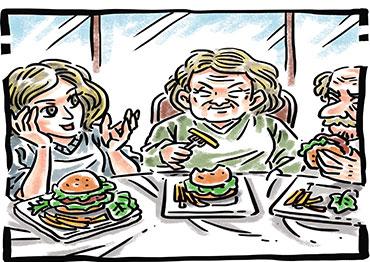 I stuttered along, trying to explain that I was new to Beijing but had been doing well and figuring things out on my own. But I guess this did not meet the qualifications. A few days later I got a text: "Sorry, you are really nice, and we all liked you, but you are too new to China. We feel it would be easier to live with someone who has been here longer"

By Leila Hashemi Updated May.1

When the plane’s wheels touched down in Beijing on May 2, 2016, I knew there was no turning back. Stepping onto the tarmac, I thought to myself, “What have I done?” This strange, new country was now my home. And as eager as I was to explore, I hoped I wouldn’t have to do it alone, so making friends topped the to-do list. I thought that since most foreigners in China have gone through similar situations, we would be on the same page and eager to help one another out... but it wasn’t that black and white.
A few months after being in Beijing, I found a dream room in a shared apartment, complete with my own outdoor terrace. It was ideal. However, I didn't realize that my lack of “experience” in China would keep me from sealing the deal.
Moving into the interview portion of checking out the room, I felt overwhelmed:
“How long have you been in China?”
“Do you have WeChat pay?”
“Would you know how to order water to the apartment?”
I stuttered along, trying to explain that I was new to Beijing but had been doing well and figuring things out on my own. But I guess this did not meet the qualifications.
A few days later I got a text: “Sorry, you are really nice, and we all liked you, but you are too new to China. We feel it would be easier to live with someone who has been here longer.”
WHAT? I can't help how long I have been here!
At that moment, I felt a loss of faith in my fellow expats. I didn’t understand how people who also moved across the world on their own weren’t more understanding of my “newbie” situation.
Right then and there, I decided I would always help newcomers if I could ever rise to the status of an old China hand.
The following weekend, I decided to check out a burger festival. As I walked into the packed venue, I saw groups of friends sitting around, laughing, eating juicy hamburgers and having fun. I was excited but also a little envious.
With the smell of sizzling beef filling the air, I headed to one of the vendors to get some grub. Burger in hand, I sought out a place to sit and eat, when I saw an empty chair next to a couple.
As soon as I sat down, we all began chatting. They asked me my name and if I came with anyone. After revealing that I had only been in China for two months and didn’t know many people, I was waiting to hear the “oh, you’re such a baby in China,” but that never came. They were excited about my fresh Beijinger status and asked if I wanted to hang out with them and their friends. The whole group was so welcoming and accommodating. They were giving me advice on jobs, adding me to WeChat groups and telling me the best places to look for an apartment. Faith in humanity restored!
Fast forward to 2021. I have now been here five years, and long gone are the days of being called a newbie or a baby in China. I have learned that there is always something to learn, but I also have realized that I wouldn’t know half of what I do if others didn’t help me. When I run into a fresh-off-the-plane expat, I do my best to help them in any way possible. It’s always interesting to hear their stories of why they came to China and what happened in their first few days because, more often than not, there’s a good culture shock story to provide some laughs.
Just the other weekend, when the sun finally came out of hibernation, a group of us went to the park and there was a new face. He came from Canada and had only been in Beijing for three months. When he told us, the traditional “newbie” and “China baby” rang out around the circle. I had a sense of déjà vu. It was as if my experience from when I first arrived had gone full circle, and my friends and I were now the helpful old hands.
Sadly, due to travel restrictions, there have been far fewer new arrivals, so at least this break will leave me and other seasoned expats refreshed to lend a helping hand once new ones start flowing back in.
Whether you move to a new country or just to a new city, it is not an easy transition, and a little kindness and help can melt away the stress and anxiety. I would not be where I am today if it weren’t for people taking the time to be there for me, and I hope each person I help pays it forward as well.