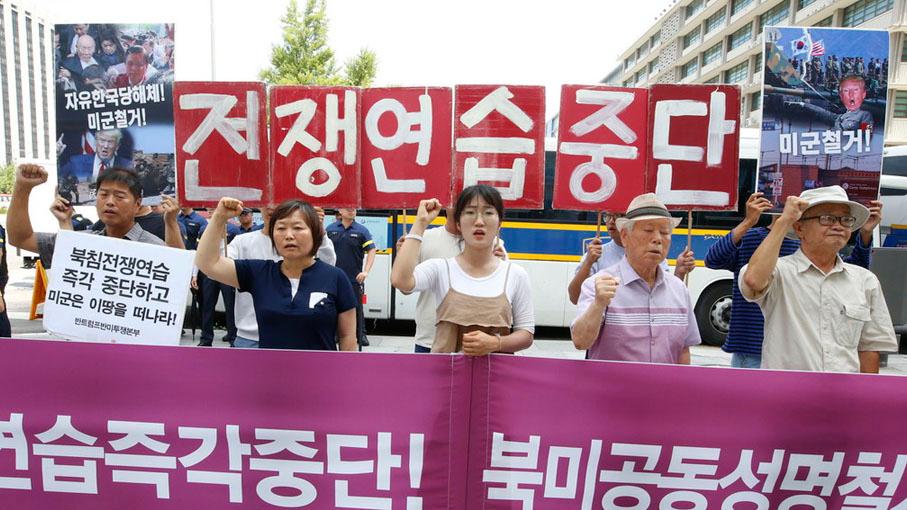 South Korea needs the US to provide a security guarantee, while the US needs South Korea to maintain its influence in affairs on the peninsula, according to a regional security expert

While South Korea-US ties have taken a downturn, the foundations of their alliance have not been shaken, Yang Danzhi, assistant director of the Center for Regional Security Studies with the Chinese Academy of Social Sciences, wrote for china.com.cn.
During the recent rounds of Japan-South Korea disputes, the US seems impartial. Yet its recent actions will probably lead South Korea to believe that the US favors Japan in the US-Japan-South Korea trilateral relationship. For example, following South Korea and Japan respectively carrying out sea and land military exercises, the US criticized South Korea for escalating regional tensions without commenting on Japan.
Regarding the North Korean nuclear issue, the US expects South Korea to fall in step and strengthen policy coordination. But since 2018, the Moon Jae-in government has developed ties with North Korea without advanced coordination with the US, Yang said.
As long as the there are no prospects for significant breakthroughs on the North Korean nuclear issue, South Korea needs the US to provide a security guarantee and maintain their bilateral alliance as a necessary deterrent. It also faces many domestic and foreign constraints to achieve independent diplomacy.
That explains why in its handing US ties, South Korea is increasingly voicing its discontent and aspirations in the hopes the US will take a fair and objective position in its row with Japan, the expert noted.
While relying more on Japan than on South Korea in regional affairs, the US cannot become too deeply involved in affairs on the Korean Peninsula affairs and interact with North Korea without support from South Korea, Yang said.
South Korea and the US will try to maintain their alliance for some time, Yang predicted. However, the two nations must redefine their alliance as the international and regional situations change, Yang added.