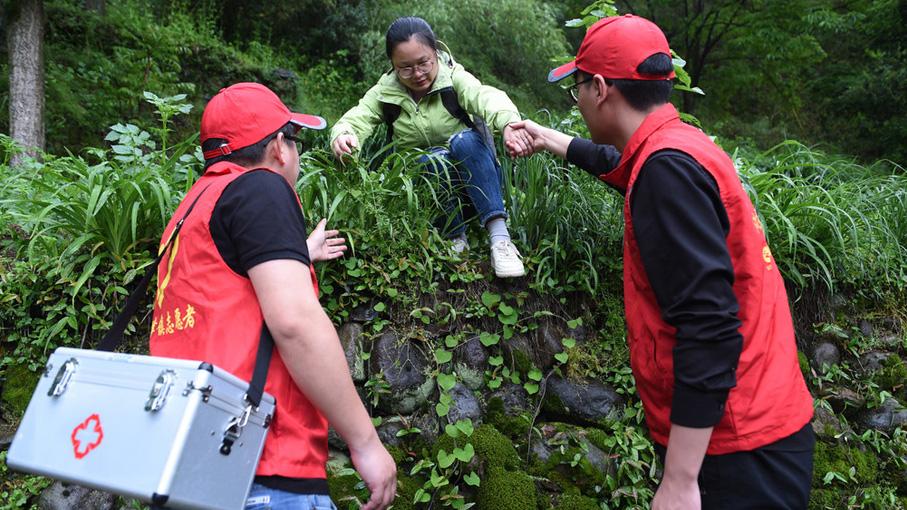 There should be more controls on outdoor activities after inept organization nearly caused disaster in the Gobi desert for 1,200 students

On August 1, a large-scale outdoor expedition for college students was held in the Kazakh Autonomous County of Aksay, Jiuquan City, Gansu Province. A lot of young hikers got lost in the harsh Gobi desert, and called for emergency rescue. All were helped to safety by local police and rescuers, and no one was seriously injured.
The students came in for a lot of criticism, because as adults they should have known better how to protect themselves. They gave no thought to the consequences of their actions, said netizens.
The incident has revealed the organizational vulnerabilities and potential dangers of such an expedition, wrote Xiong Zhi, a commentator for the Shanghai-based news portal The Paper.
The organizers were obviously inexperienced and badly prepared. In addition, there was a considerable shortage of supplies and medical resources. Many students with heatstroke and injuries were not treated in time. Media reported that the organizers did not seek permission for the activity.
As organizers have the incentives of maximizing their own interests, in future, similar expeditions should seek permission from local authorities and organizers need to properly arrange every detail, such as what the maximum number of participators should be, how to set the exploration routes, and how many support staff and medics there should be, Xiong said.