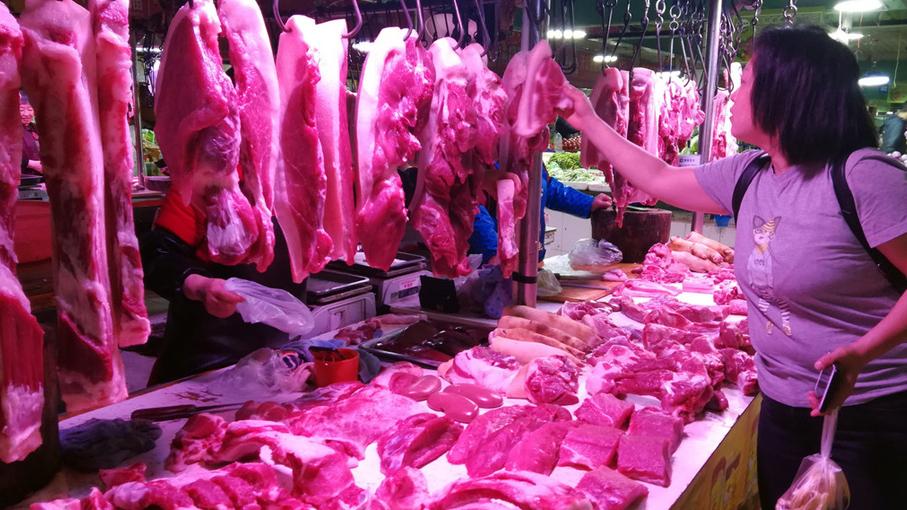 By Xu Mouquan Updated May.15

Data released by the National Bureau of Statistics on May 9 showed that in April 2019, China’s national consumer price index (CPI) rose by 2.5 percent year-on-year. Food prices increased by 6.1 percent, with non-food prices up by 1.7 percent, and prices for consumer goods grew by 2.9 percent. Prices for services rose 2.0 percent, reported the Beijing Youth Daily.
The 2.5 percent annual increase in April was 0.2 percent higher than in March, which, coupled with rising international crude prices and thus higher imported inflationary pressure, is leading some to worry whether inflation is around the corner. While admitting that these factors are creating pressure, it is far from a prelude to inflation, Tan Haojun, a financial columnist, wrote for the newspaper.
Pork prices have played an important role in CPI increases, but it is still a limited impact, Tan said.
With African Swine Fever posing a severe challenge to the country’s pork supply, its pork prices only rose by 14.4 percent, which could be 30 percent years ago in a similar situation. This means that people rely significantly less on pork, and its impact on the CPI has gradually weakened.
There is no need for excessive worry as to the impact of oil prices on the price system, either, he noted.
As the global economic recovery is far from on course and uncertainties are increasing, there is weakening momentum for continuous oil price rises. Current oil prices are almost at the ceiling, with limited room for further increases, he added, thus they will not trigger inflation.
What merits attention is to guarantee that the real economy, especially small- and medium-sized enterprises and private businesses, are running on a stable footing, by further tax and fee cuts, targeted financing support and business environment improvement. This is the only guarantee of rises in employment and incomes, and that external risks, including inflation, can be managed.