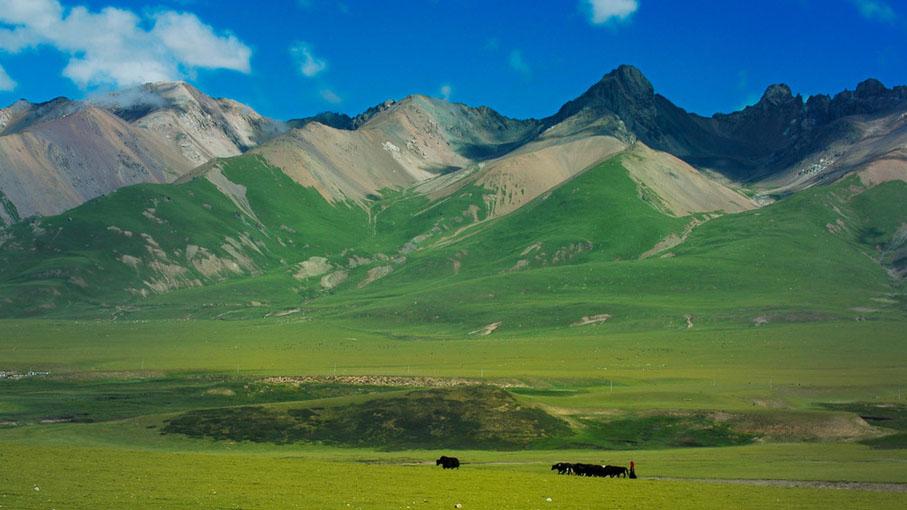 Tourists in off-road vehicles illegally entered a fragile protected alpine area and destroyed vegetation, which may take years to restore

By Zhang Qingchen Updated May.15

During the four-day May 1 holidays, a fleet of off-road vehicles traveled to Mount Ge’nie in Litang County, Ganzi Tibetan Autonomous Prefecture in the west of Sichuan Province. They crushed the vegetation along the "Ge’nie Eye" (a plateau lake), an important scenic spot, resulting in the severe destruction of vegetation, the Beijing Youth Daily reported.
The expedition leader was required to return to Litang County and issue a letter of apology. The offenders were asked to apologize publicly to the local Party committee, the government and the public for the incident, and they were fined 5,000 yuan (US$726.9).
The "Ge’nie Eye," also known as the "eye to heaven," is a unique beauty spot on the high-altitide Qinghai-Tibet Plateau. Litang County is located in the southeastern part of the Qinghai-Tibet Plateau, which is marked by long winters but also windy and sunny conditions. The area is also relatively arid.
Commentator Zhang Tiankan, writing in the Guangming Daily, warned that this beautiful scenic spot may disappear, because it is a decades-long project to restore vegetation at altitudes of over 3,500 meters. This destruction could deal a fatal blow to the fragile plateau ecology.
For tourists who do not know about the plateau's ecological environment, their destructive actions are likely to have irreversible consequences, Zhang said. Walking, not to mention driving on the fragile high-altitude meadows will cause much damage to the ecology.
Taking into account the ecological fragility of the alpine region of the Qinghai-Tibet Plateau, in 2008 China formulated and issued the Outline of the National Ecologically Vulnerable Area Protection Plan. In 2009, the State Council reviewed and adopted the “Tibet Ecological Safety Barrier Protection and Construction Plan,” aiming to adopt a series of measures to protect the ecology of alpine regions.
The destruction of vegetation at Mount Ge'nie means that the protection of fragile ecology in alpine regions needs more than regulations from the central government; instead, local management rules are needed as well.
However, since 2018, there are certain regulations about protecting Mount Ge'nie, including bans on vehicles. In this regard, it is worth questioning how the fleet entered the core area of the scenic spot, Zhang said.