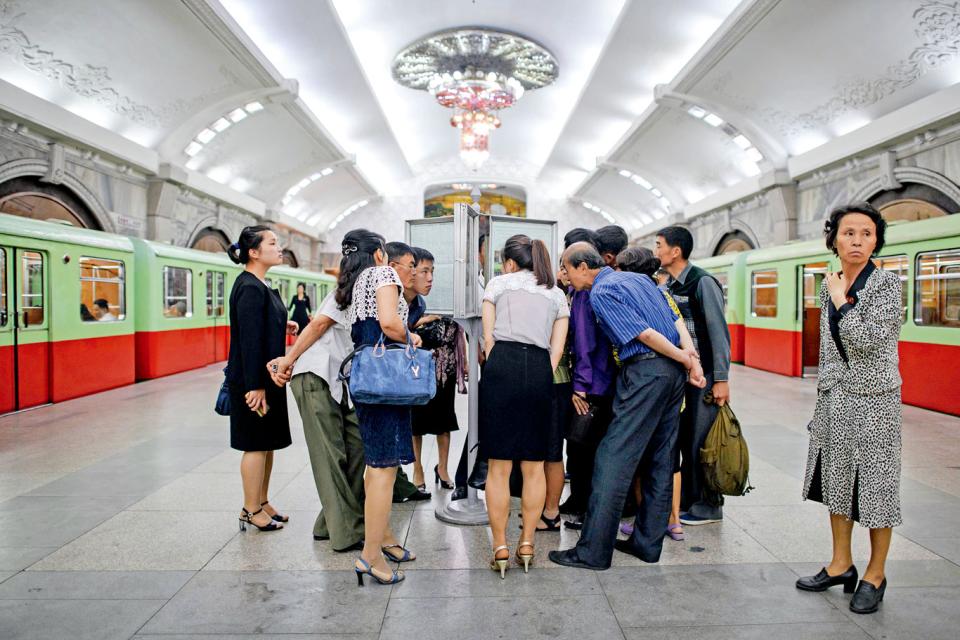 Seoul and Pyongyang have their own ideas about common prosperity. As both sides wish for more economic cooperation, it is unclear how this might take shape

Investment from around the world, where you can have medical breakthroughs, an abundance of resources, innovative technology and new discoveries.” Underneath this voiceover, the screen shows images of car manufacturing assembly lines, a modern hospital, supermarket shelves full of food, robots, and the happy smiles of Korean people, including children on playgrounds. This is the “future” and the “new world” that US President Donald Trump presented to North Korean leader Kim Jong-un at their first meeting on June 12. It was the first time incumbent leaders of the two nations had met in more than 70 years.
Later, the four-minute video produced by the White House was shown at Trump’s post-summit press conference at the Capella Hotel in Singapore. “I think he loved it,” Trump told reporters. He also showed Kim that North Korea has “great beaches,” where they could build “the best hotels in the world” instead of “exploding their cannons into the ocean.”
During a night tour of Singapore’s landmarks on June 11, Kim Jong-un expressed his hope of learning from the knowledge and experience of the city-state. At the Marina Bay Sands hotel, he praised Singapore as “clean and beautiful,” reported the Korean Central News Agency (KCNA), the North’s official news agency.
The North will stop nuclear and missile tests and “concentrate all efforts on building a powerful socialist economy and markedly improving people’s living standards through the mobilization of all human and material resources of the country,” according to KCNA. To achieve this, the country “will create an international environment favorable for socialist economic construction.” The plan was laid out at the 3rd Plenary Meeting of the 7th Central Committee of the Workers’ Party of Korea (WPK) on April 20.
Trump has repeatedly expressed his willingness to support North Korea’s prosperity drive if the country annuls its nuclear program. He hopes that Pyongyang’s neighbors, including Seoul, will share the burden. Indeed, economic cooperation has long been a visible symbol of inter-Korean cooperation and connection, and is regarded by Seoul as a path to unification. Expectations for resuming and increasing economic cooperation have been high since this year’s historic Moon-Kim and Trump-Kim summits, as well as the North Korea’s decision to shift its efforts on economic growth.
New Economic Map
According to a report from South Korea’s Yonhap News Agency on May 7, a week after the meeting between Kim Jong-un and South Korean President Moon Jae-in in Panmunjom, (known as the Joint Security Area, where the Korean War Armistice Agreement was signed in 1953), inquiries to tourism agencies on traveling to the northern border areas rose by half on 2017 figures. Yonhap journalists observed more tourists than ever at attractions around the Demilitarized Zone (DMZ), including the Third Infiltration Tunnel in Gyeonggi-do, the Dora Observatory, the Second Infiltration Tunnel in Gangwon-do and at Woljeong-ri Station (Iron Triangle Battlefield)
The first commitment in the Panmunjom Declaration signed by Kim and Moon that has actually been implemented was putting a halt to the propaganda broadcasts from loudspeakers along the DMZ. The 545-kilometer stretch has been promoted by the South Korean government as a “zone of peace.” Indeed, right after the Moon-Kim summit was confirmed at the end of March, South Korea’s Tourism Organization established a team to promote DMZ tourism projects and local governments along the DMZ have stepped up promotion and development of attractions.
Tourists are not the only ones with a growing interest in the border area. On June 8, a South Korean delegation led by Vice Unification Minister Chun Hae-sung became the first from the South to visit the inter-Korean factory park at North Korea’s border city of Kaesong in more than two years. It was shut down by Seoul in February 2016 in retaliation for Pyongyang’s nuclear tests the previous month. The Unification Ministry later announced that the delegation reported the exterior structure of the complex remained in good shape, but the interior was in need of renovation. The site produced US$3.2 billion in goods before it shut down.
Boosting DMZ tourism and restarting the Kaesong Industrial Complex are part of Moon’s “New Economic Map for the Korean Peninsula.” Moon elaborated on this for the first time during the G20 summit in Berlin in July 2017 as a part of his peace initiative for the Korean Peninsula. It is included in his administration’s five-year plan, which was unveiled later that month.
According to the Unification Ministry, the new economic map aims to drive growth by “building three economic belts and connecting them to the ‘Northern economy,’ including China and Russia.” A “single market” for the two Koreas is expected to come out of the cooperation. The Pan East Sea (Sea of Japan) Economic Belt will focus on energy and resources, linking Korea’s east coast with Russia. The Pan Yellow Sea (the West Sea) Economic Belt will develop logistics and transportation. An “environment-tourism belt” will turn the DMZ into a “tourism zone for ecology, peace, and security.” 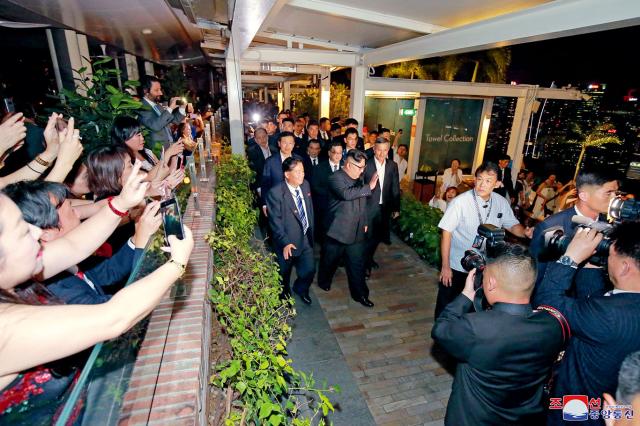