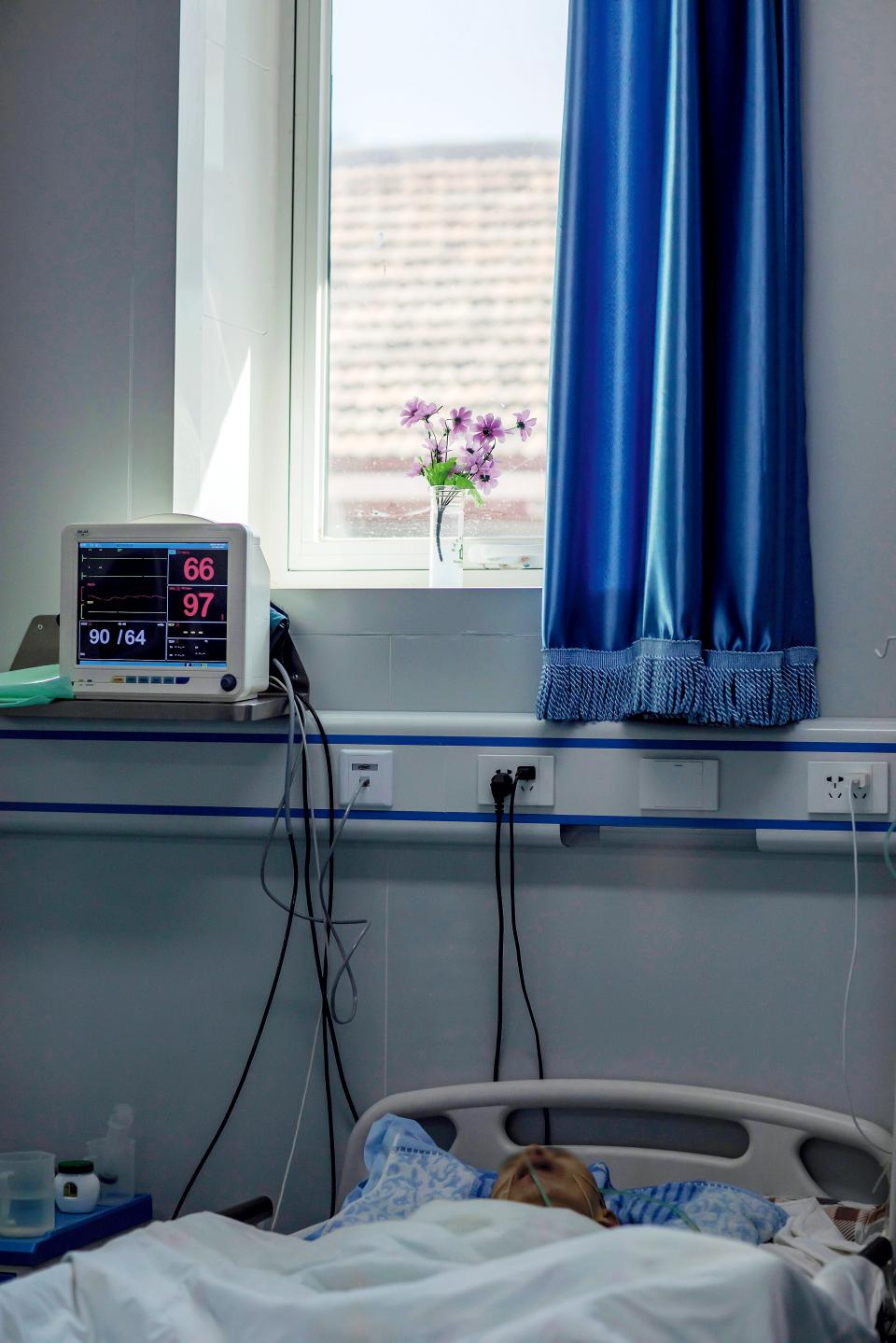 Sun Ying (pseudonym), 83, has been in a persistent vegetative state (PVS) for three and a half years. She lies with her arms permanently folded across her chest in a nursing home in the north of Beijing, where every week, her two sons take their families to visit her in turns, though they might never receive any response.
Sun is among the 30 patients to have been admitted into the Chinese mainland’s only nursing home for PVS patients. Established in 2015, Yansheng Nursing Home for Disabled People is in a remote village in Beijing’s Miyun District. Hidden behind trees and a construction site, it is hard to spot, as there is not even a sign on the gate.
Xiang Jiuda, Yansheng’s founder, is the only doctor. He told NewsChina that his nursing home has never received any preferential treatment from the authorities nor is it authorized to issue a death certificate. In this case, they need to call the emergency services to go through the formalities.
According to incomplete media statistics, the number of PVS patients in China increases by 70,000-100,000 every year and estimates suggest there are 300,000-500,000 people diagnosed as being in a persistent vegetative state. Yet, due to a lack of resources and little care from authorities and society, most PVS patients, Xiang said, ended up dying in their own homes with no proper medical attention.
Remote, Small Home
Before establishing the nursing home, Xiang had worked as a neurosurgeon at Miyun People’s Hospital for over 20 years. He resigned from a desire to further his career and focus more on people in a persistent vegetative state.
Being in a persistent vegetative state is different from being in a coma. The internationally recognized definition of a coma is one of lacking awareness and wakefulness. PVS means a level of wakefulness but no signs of awareness. People can wake from a coma but still be in a persistent vegetative state. It is also referred to as post-coma unresponsiveness or unresponsive wakefulness syndrome. After four weeks, someone in a vegetative state is described as being in a continuing vegetative state, and after six or 12 months, depending on the cause of the brain injury, in a persistent vegetative state. Causes of traumatic brain injury include strokes and accidents which deprive the brain of oxygen. The chance of recovery is much better in younger than older patients.
Xiang said that while a very few PVS patients might regain awareness following surgery or other treatment, most will remain minimally conscious and will require constant professional medical care.
When he started out, Xiang thought he would get many patient referrals from his large network of medical professionals built up over a long career. Yet in the following one and a half years, only one doctor among his friends referred a patient to him. Many others said that if they referred someone who dies at the nursery home, it could bring them trouble.
Site selection was troublesome. Xiang wanted his nursing home to be in the downtown area so it was convenient for transportation, but he quickly gave up on the idea after a landlord refused to rent her property to him, worrying that PVS patients would bring her bad luck. Xiang eventually had to locate the nursing home in a mountainous area near Miyun Reservoir.
In the first two years, Yansheng only admitted two patients, but by the third year, the wards were full, and he decided to move to a village in the same district. In a yard where security guards used to train, he renovated a one-story property into a three-ward nursing home with 10 beds each. Each bed has a camera so relatives can see the patient at all times.
Now, Xiang gets frequent calls asking if there is any vacancy. He told NewsChina that he will not admit a patient until the family visits the nursing home and understands and consents to Xiang’s guiding principles that the nursing home is for fundamental care only and people in persistent vegetative state will die naturally.
Media reported that one family had booked an ambulance to drive 28 hours to take a patient to Xiang’s nursing home and another bought seven airplane tickets to transport a patient by air.
Sun Ying’s family told NewsChina that compared to a hospital, Yansheng’s wards are cleaner and their nurses respond quickly. More importantly, Yansheng charges 7,500 yuan (US$1,055) a month, which is around the same as a hospital ICU charges per day.
Yansheng has 20 nurses taking care of 30 patients, working two shifts a day. They feed them through a tube five times a day, turn them to prevent pressure sores and check if any patient needs oxygen uptake or to be aspirated. They change dressings and tubes and monitor the patients for irregularities.
According to He Jianghong, chief neurosurgeon at the No.7 Medical Center under the Chinese People’s Liberation Army General Hospital who has studied PVS for 25 years, a person in that condition may only survive three to four months at home, but could live one to two years if the patient receives professional medical care at a nursing home.
“How long a PVS patient can live depends on how well they are attended to,” he said. 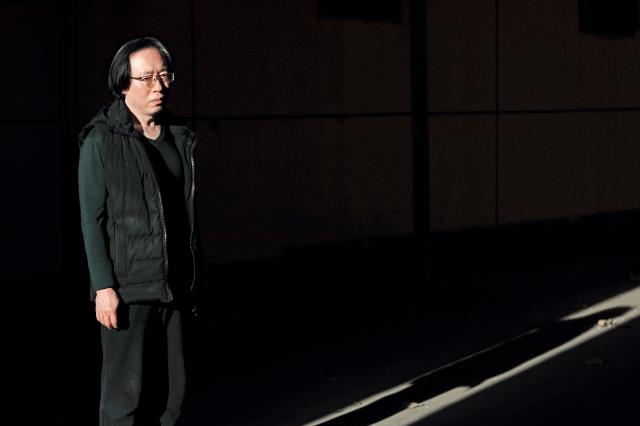 Struggle to Survive
Helping more people in a vegetative state live longer is Xiang’s objective, just as the name of his nursing home “Yansheng” (prolong life) suggests, but few people, including the authorities, support him.
Xiang applied for a license to operate a nursing home in 2014, hoping he would get financial support for construction and utilities. But two months later, his application was stuck in limbo. Officials told him that PVS patients were not included in the defined range for elder care facilities and that his nursing home did not meet the government’s threshold for an elder care nursing home, which should include a garden, a gym, a reading room, a standard dining room, accessible facilities and high-level fire-control facilities.
Xiang then applied for a license for a medical care home, but the healthcare commission told him that assistance and sponsorship were not in their remit. Due to the special needs of PVS patients, they suggested Xiang ask the local social insurance bureau whether the patients would be eligible for health insurance coverage. But the bureau also refused Xiang’s application. Even the local federation for disabled people gave Xiang the cold shoulder, saying that PVS patients did not fall under the definition of disabled people.
In the end, Xiang used a policy that encouraged the establishment of nursing and support homes for disabled people to register his nursing home as a non-profit medical organization.
But even now, the nursing home has not found a department to be attached to - according to Chinese regulations, an NGO should be under the auspices of a government department.
Nor did Xiang make a cent in the first three years. The 2017 move and rebuilding cost him 2 million yuan (US$280,446). He pays 500,000 yuan (US$70,111) in rent, 90,000 yuan (US$12,620) in salaries, and around 30,000 yuan (US$4,207) for electricity each year.
To date, Xiang has input over 5 million yuan (US$701,115) of his own money, from a combination of loans and selling his apartment. He approached big charity foundations for help, but rarely got a reply.
“My nursing home did not make ends meet until this spring,” Xiang told NewsChina, adding that because of lack of money, he had to abandon his plan to extend the facility.
Calls for More Care
He Jianghong said that PVS patients receive scant attention from the Chinese healthcare system as the study and care of PVS patients is undervalued. “Few doctors are willing to engage in this area, since treating a PVS patient is very hard and the doctors don’t get positive feedback that drives them to continue,” he told NewsChina.
He said that for the patients in a minimally conscious state, there is only a 40 percent chance of them regaining awareness, and for those in a persistent vegetative state, the possibility is near zero. Furthermore, even if a PVS patient regains awareness, they would still be severely disabled and need continuing professional care.
According to He’s statistics, treating a PVS patient in hospital would cost from 500,000-1 million yuan (US$70,111-$140,223) in the first year and the follow-up treatment would cost around 100,000-200,000 yuan (US$14,022-$28,045) each year.
This is why some people regard treating PVS patients as a waste of time and money. Due to the high cost and difficulty of treating them, many doctors, according to He, persuade families to take the patients home, even if they have not been in a state of minimal consciousness for very long, where He believes there is a chance the patient could regain some level of awareness.
Few nurses are willing to work at a nursing home for PVS patients. “The most competitive and popular sector is clinical departments followed by therapeutical departments. Many think that working in nursing homes and hospices isn’t skilled professional work,” Xiang said. His nursing home had employed seven young nurses who all graduated nursing school in the first year, but none are still with him.
Both Xiang and He strongly oppose using euthanasia on PVS patients, supposing it was legal in China. “PVS patients are people who also enjoy the right to life and they should live on with respect,” He said in an interview with the People’s Daily. “Euthanasia would kill the hope that a PVS patient could live,” he said.
Xiang agreed, emphasizing that PVS patients who can breathe and digest food by themselves are different from those who have been diagnosed as brain dead and that their survival is a big consolation to their families.
While some countries allow PVS patients to have life-sustaining treatment withdrawn if doctors and the family consider there is no hope of them ever recovering, it usually requires a court case, which often proves contentious.
In a positive move, Beijing Municipal Civil Affairs Bureau issued a guidance document on physical health for seniors in February, defining those in a vegetative state or suffering from severe chronic diseases such as late-stage cancer as “having a severe disability.” It means that seniors in a PVS are eligible for financial support each month.
This is the government’s biggest financial assistance to seniors with a severe disability, although it does not cover other age groups in a PVS.
“I’m looking forward to more support from authorities,” Xiang said. 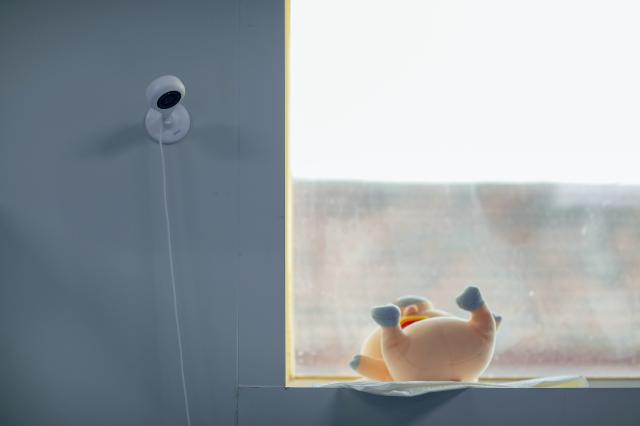 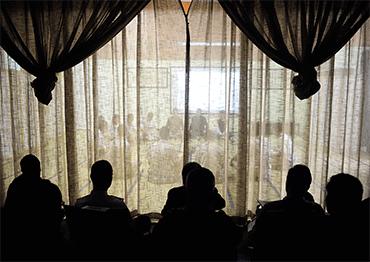 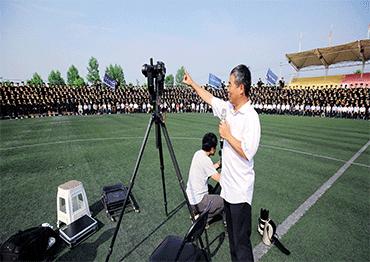 Outclassed in the East 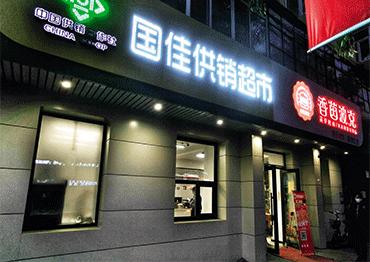 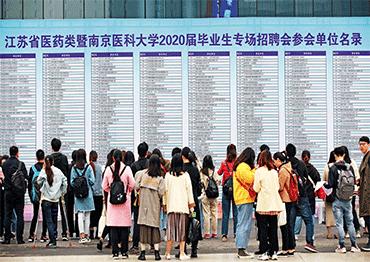