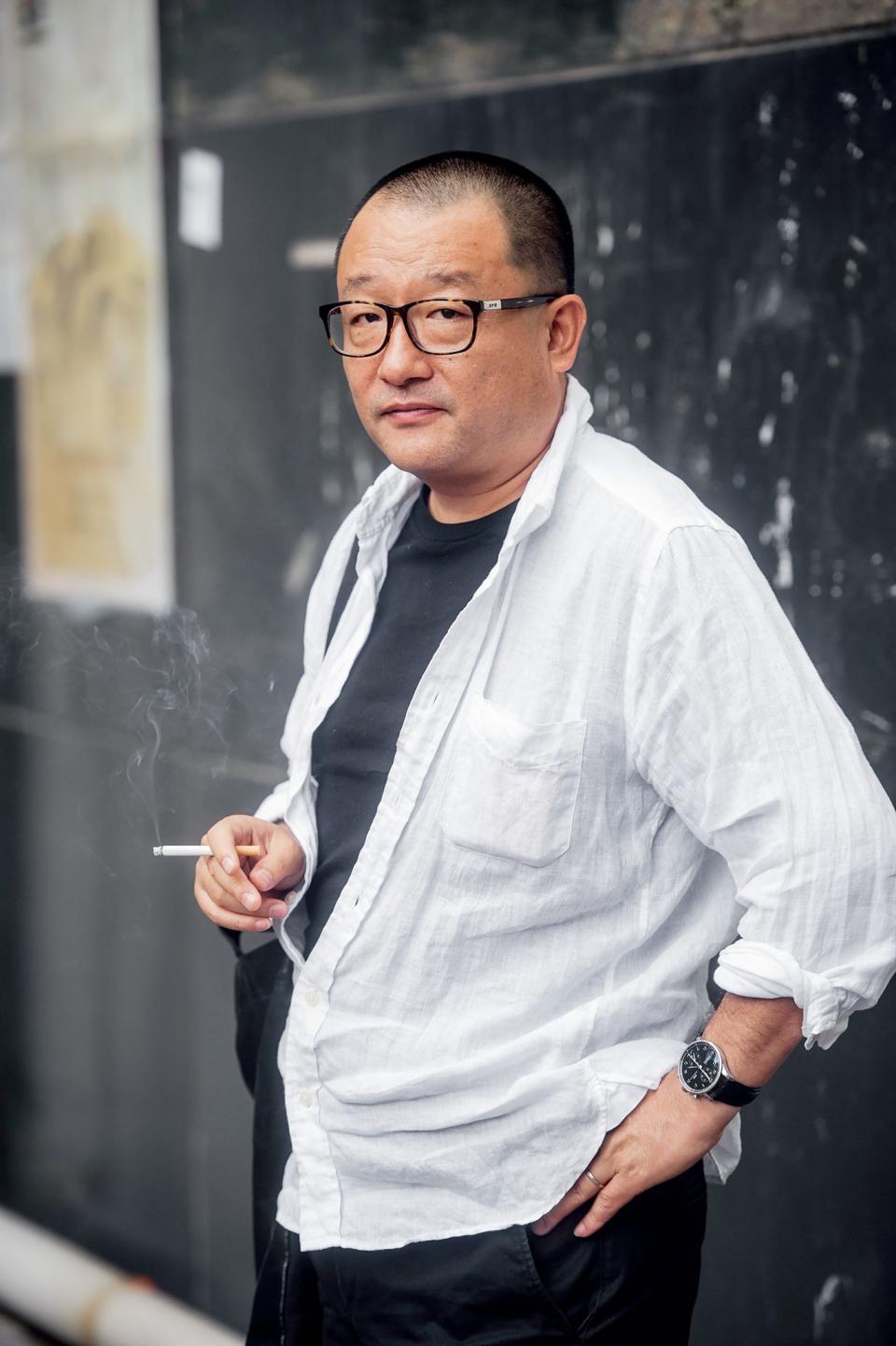 The Past that Follows 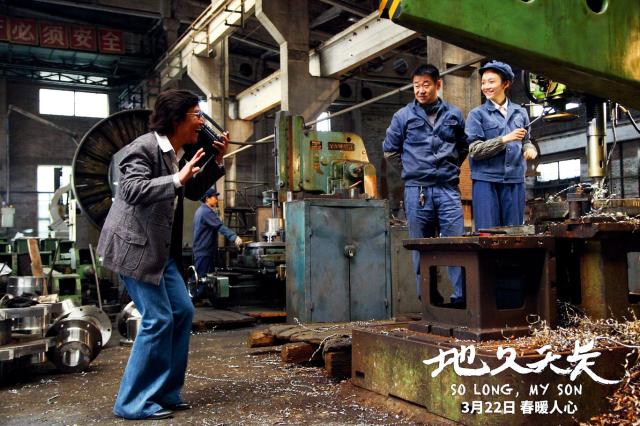 A still from So Long, My Son. Xinjian (left), a trendy young worker who adores Western culture, shows off his radio to protagonist Yaojun (center) and Moli, a new intern at the factory 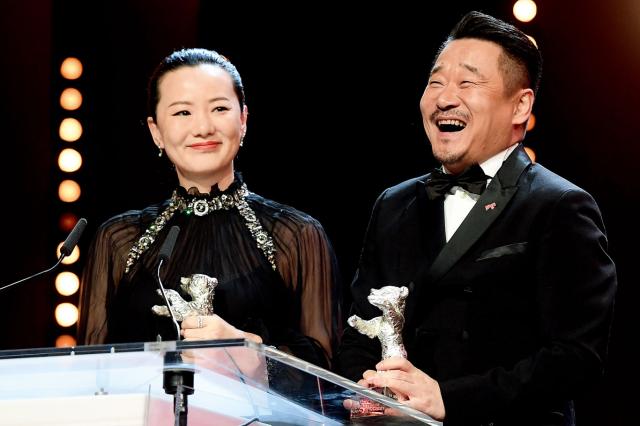 The leads in So Long, My Son, Yong Mei (left) and Wang Jingchun, hold their Best Actor and Best Actress awards at this year’s Berlin International Film Festival on Feburary 16 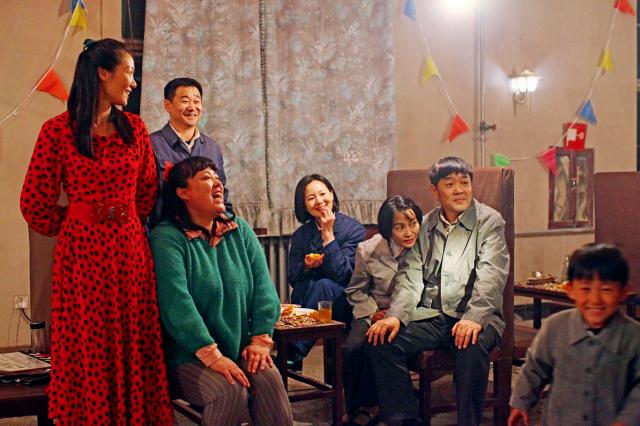 A still from So Long, My Son. Yaojun, Liyun and their friends at the factory attend a dance party before it was banned during the “Strike Hard” campaign of the early 1980s

Beneath Everyday Life
Wang spent almost all his life in the city. Urban reality is a major subject in his films. Wang tends to use an almost documentary-like style to examine the issues China’s sprawling cities face in their shift from the planned economy to the market economy. His subjects include migration, dislocation, alienation, crime, modernization anxiety and the widening rich-poor gap.
Place and motion are two recurring motifs in his work, which in part inspired by his own life experience. Wang was born in Shanghai in 1966, but his family moved to Guiyang, Southwest China’s Guizhou Province soon after to work on the “Third Front,” a strategic industrial base developed in part for national defense. After living in Guiyang for 13 years, the family moved to Wuhan, Hubei Province for two years before Wang left for Beijing for high school and university. Upon graduation he was sent to Fujian Film Studios, where he worked for two years as an assistant, and then came back to Beijing in 1990 to start his own career.
Constantly moving around while growing up motivated Wang to give migrants a voice in his films: Beijing Bicycle (2001) deals with rural migrants coming to Beijing in search of work and a better life; Drifters (2003) tells a story of an illegal emigrant to the US who is deported back to his coastal hometown of Fujian, where he has to grapple with the changes of his family and society; his semi-autobiography Shanghai Dreams (2005) revolves around a Shanghai family sent to Guizhou to build the Third Front for two decades that is obsessed with the idea of returning to Shanghai.
So Long, My Son once again depicts Fujian as a land of exile for Yaojun and Liyun, a place where they don’t speak the dialect and seldom engage in local life – a reflection of Wang’s experiences in 1980s Fujian.
“At the time [Fujian] was a totally strange land to me. The language and lifestyle were utterly different. I felt like I was living in a foreign country. The sense of strangeness was so overwhelming that a strong fear and anxiety grew within me. But what you experience and feel become part of you. They’re not worthless,” Wang told NewsChina.
The director argues that creators should closely observe everyday life and be sensitive to the changing environment. Wang is a keen observer of place, people and their interactions, which he said helps maintain his “youthful sensitivity.”
“When the filming is done, I like strolling along the streets. It’s easy to see the elderly gathering on street corners, playing chess, sunning themselves, chatting or just sitting. Such scenes are typically Chinese. I miss the neighborhood chatting and gathering from the old days – a very traditional Chinese way of emotional communication,” Wang said.
“But today we are scattered across different city blocks. Occasional chats between neighbors in apartments bring a certain comfort. As a creator you have to be sensitive to these details. Those wrinkles in the fabric of time are hidden within everyday life,” he said. 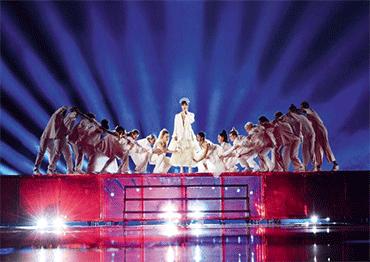 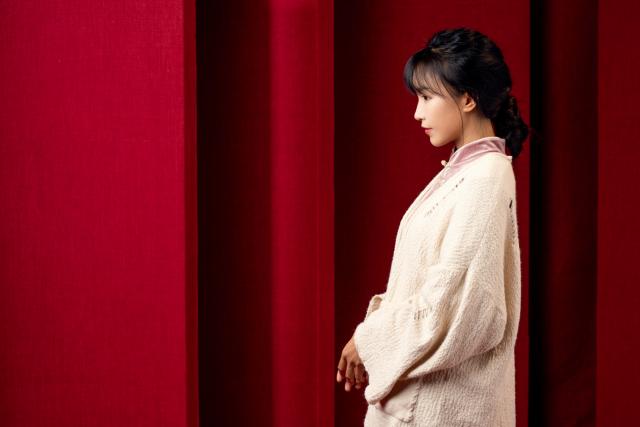