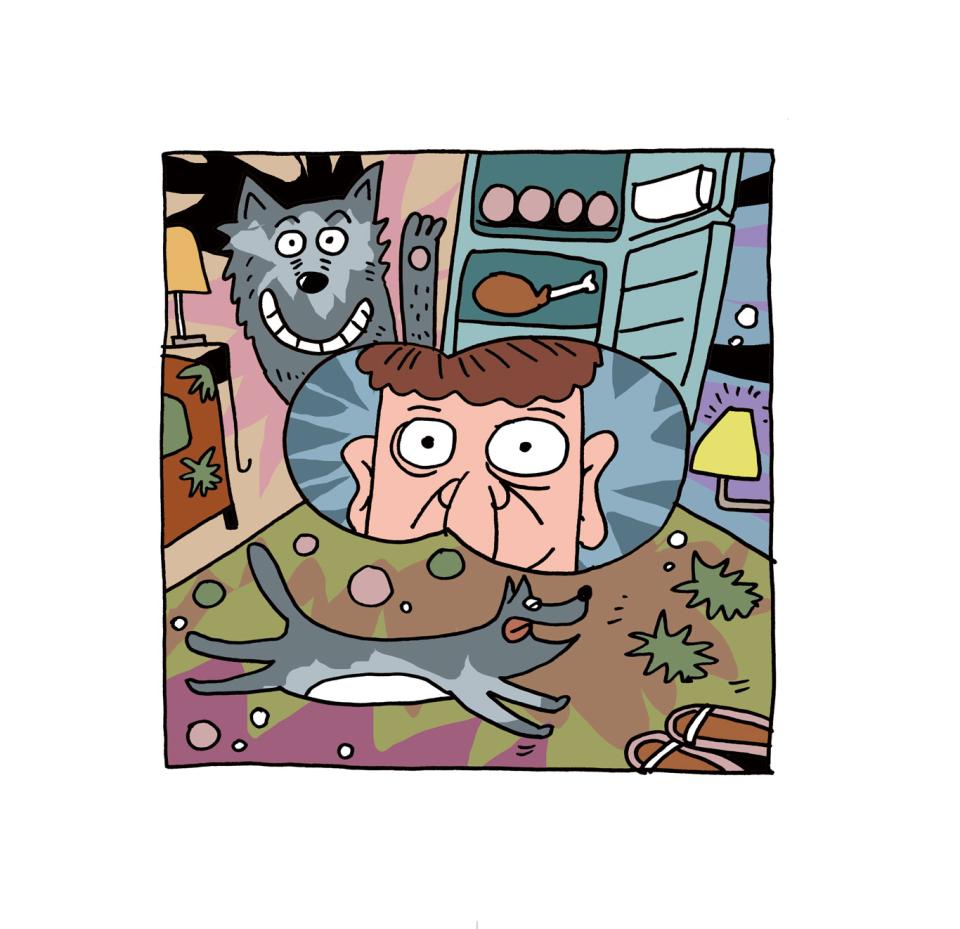 Home is Where the AI Is

For the first two days of Spring Festival, I enjoyed watching my own home-based reality TV show, although I quickly became stressed as I realized my dog was howling constantly every night

The problem with creating a home for yourself that you really love is that suddenly you have a lot to lose.
The weeklong Spring Festival holiday was approaching, and I was worried about thieves and my dogs – a giant Alaskan malamute, and a tiny local mutt.
A neighbor had promised to take care of them, but I had a bad feeling, so I changed the lock on my front door and invested in a smart home.
This means all my household items from my refrigerator to my doorbell communicating with each other. Lights turning on and off automatically, and gradually shifting color to match my mood. Alerts on my mobile phone with video clips each time something moved in my yard.
I was not sure if this sounded like the 1950s US futuristic cartoon The Jetsons, or more like the film Terminator, in which intelligent machines take over the world.
Nonetheless, I was the first child on my block with a dial up modem, and I wanted to remain relevant as I enter my fifth decade, even if I didn’t totally understand what I was getting into. Internet of Things. Artificial intelligence. Big data. Sustainable. Organic. Non-binary. My smart home would be all of this and more.
The first problem I faced was choosing a standard. The main interfaces in the US are from Google, Amazon and Apple, but they are not well supported here in China. The most complete, and cheapest, system I could find was from Chinese electronics company Xiaomi – coming in at a third the price of its Western counterparts.
There is almost no independent English information available about the system. I decided to try it. If it worked, I’d save a bundle.
The two dozen items I ordered were packaged in white boxes reminiscent of Apple products. However, while Apple markets itself as a luxury product, Xiaomi made a name for itself by eschewing marketing and selling exclusively on the Internet. This means low prices, but no customer service. The official Xiaomi web stores in Chinese had confusing or contradictory information. The staff was useless.
Fortunately, the English app was easy to use, and I was able to quickly set up smart lights, a security system, a fire alarm and a smart speaker. The devices talk to you in Chinese, so you will need some basic fluency.
A small hub that plugs into a socket holds the system together. It also serves as an alarm, a nightlight and a Chinese-only radio. I picked the Love Songs channel, and have been constantly listening to ballads by vintage Hong Kong action stars.
Tiny battery-powered motion detectors that turn on the smart lights can be discretely put in any room, or outside your front door. Teeny door sensors can send you an alert every time someone comes and goes, and the cameras plug into the wall sockets.
They all have mics and speakers, so you can listen and talk to the person or pet you are watching. For a few dollars a month, you can hook each camera up to the cloud, and they will automatically record and save any motion. The images are good, even at night, and you can get an alert each time there is motion.
The smart speaker allows you to control the entire system by voice and will even tell jokes and find information on the Web – if you speak Chinese.
For the first two days of Spring Festival, I enjoyed watching my own home-based reality TV show, although I quickly became stressed as I realized my dog was howling constantly every night.
But by the third day, I stopped paying attention. That day, the new lock on my front door got stuck after my neighbor fed the pets, and my dogs escaped.
The malamute allegedly bit an elderly man, although since he doesn’t have a smart home with video I can’t know for sure. I also noted that the woman who promised to walk my dogs every day skipped a couple of times.It’s somewhat ironic that by changing the front door lock, I actually allowed the dogs to escape.
I am quite confident that the same irony will happen with smart homes generally – our quest to be the kings of our castles will lead to a loss of privacy.
I’m aware my wife could watch me at any time, including right now as I type this. Those of you who are married may understand – the attention would be flattering.
But in the meantime, I get to snoop on my dogs and cats, practice my Chinese on my smart speaker, and listen to an endless stream of Jackie Chan love songs. 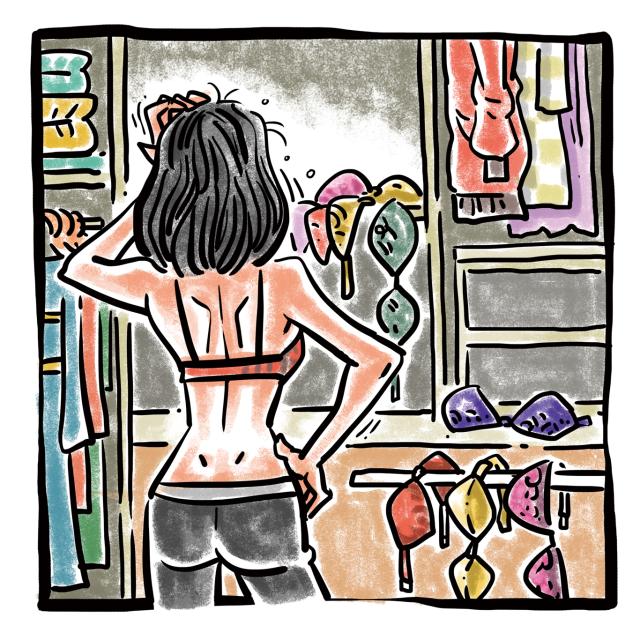 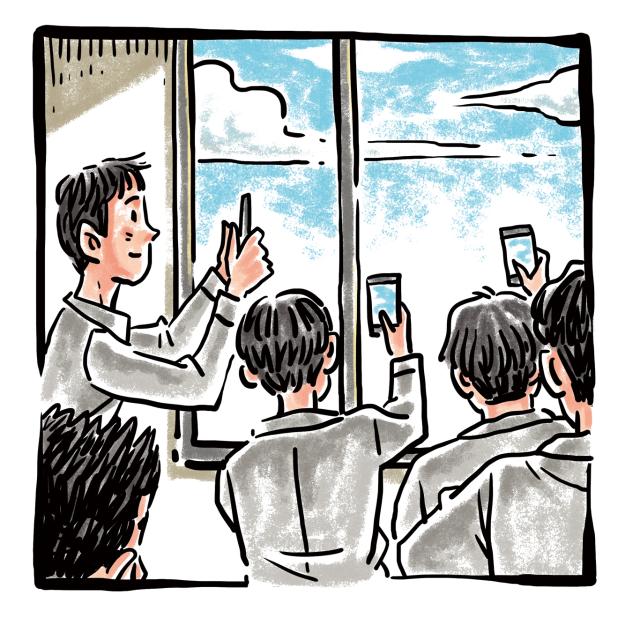 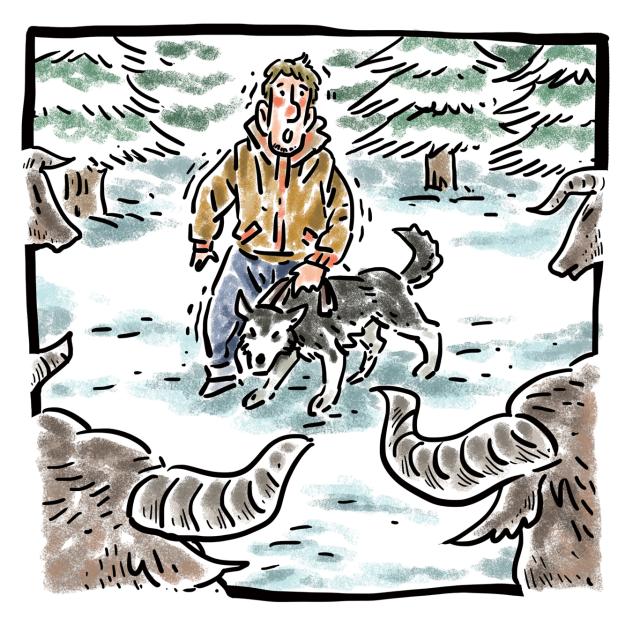 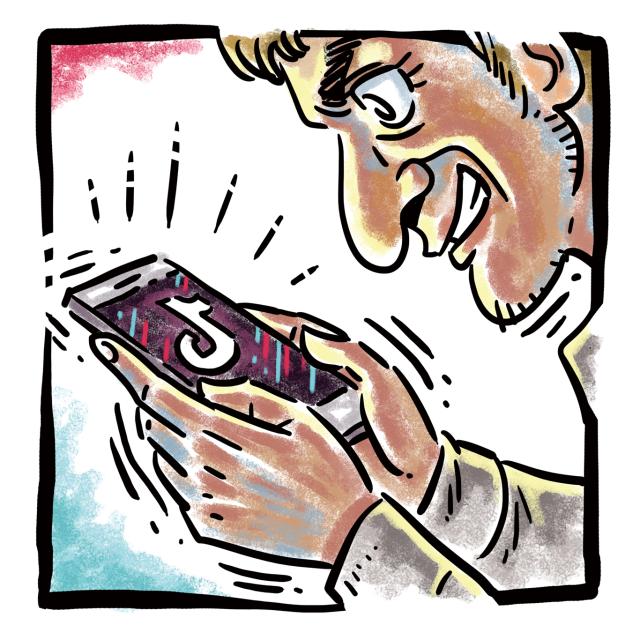